1,000 soldiers on patrol in France 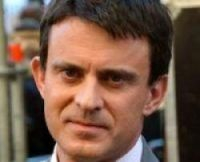 SECURITY has been stepped up across France, with 1,000 soldiers joining police on the streets - after three separate attacks in as many days left one man dead and 25 more injured.

Prime Minister Manuel Valls stressed that the three incidents - in Joue-les-Tours, Dijon and Nantes - were not linked and urged the French to keep calm, while assuring that security would be heightened.

"Two hundred to 300 extra soldiers will be deployed in the coming hours," he said in a statement on TV. These are on top of the 780 troops already taking part in anti-terrorism surveillance.

22 hours ago
3
Covid variants in France: ‘Isolation and lockdown needed’