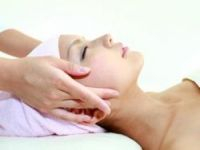 A NEW accreditation for approved alternative medicine practitioners has been suggested by a government think-tank.

The Centre d’Analyse Stratégique (CAS), which advises the prime minister, says a way needs to be found to bring more order to the sector, which includes many different therapies and qualifications.

It suggests a new accreditation as a “therapist in non-conventional practices”, requiring passing an exam combining clinical and legal aspects surrounding healthcare.

In France the only officially recognised qualifications (for people who are not also medical doctors) are ones in osteopathy and chiropractic. However there is a “legal grey area” around practices like homeopathy or sophrology (stress management and relaxation), says the CAS.

The quality of private osteopathy schools in France is also very variable, according to a report by a social care inspectorate.

Surveys show that 70% of people in the EU have tried an alternative therapy.