Call for crackdown on drug drivers 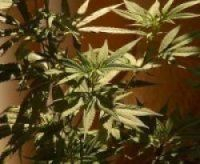 PUNISHMENTS for motorists caught driving under the influence of cannabis and other drugs should be tougher, according to the Academy of Medicine.

That’s just one measure proposed by the Academy, which says that the government needs to do more to prevent the rise in the use of the drug in France.

According to figures from the French Monitoring Centre of Drugs and Drug Addiction - has risen fourfold in a decade.

The Academy also insists that other laws should be tightened to make it more difficult to buy seeds and material to cultivate the drug.

In 2012, it was estimated there were 1.3million regular cannabis users in France, with 550,000 of them used the drug on a daily basis.

The Academy has called on the government to instigate a large-scale awareness campaign highlighting the dangers of the drug, especially among younger people.

It said that regular cannabis use can disrupt brain function, particularly at school and university age. It can lead to anxiety, depression and promote suicidal tendencies; affect mental health; and lead users to experiment with other, so-called ‘hard’ drugs.

In 2011, MPs proposed a ‘regulated cannabis industry’ in France.