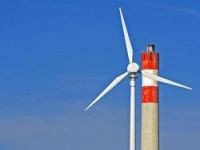 France is leading Europe in reducing greenhouse gasses and encouraging sustainable development, according to a report by national statistics office INSEE.

France remains the second-biggest producer of renewable energy behind Germany, although its reliance on nuclear power means it is unlikely to achieve the 21% renewable energy target by 2010.

France, the report found, has managed to stem a fall in biodiversity that has been increasing with a change in agricultural methods.

Measured by wild birds, the biodiversity level is still going down, although not as quickly as it was 20 years ago.

The report also found that more than 80% of fish species in French waters are over-fished.