France shaken by another attack 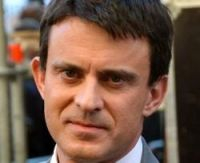 PRIME minister Manuel Valls has reiterated President Francois Hollande’s calls for “calm” and “vigilance” following the third in a series of attacks in France that have left dozens injured.

Mr Valls’ appeal, first made in a statement last night and repeated on Europe 1 radio this morning, came after a driver crashed a van into a crowded Christmas market in Nantes at about 7pm on Monday, injuring 10 people before stabbing himself several times.

At least four people were badly hurt, one of them critically in the attack, the third in recent days in France.

President Francois Hollande has called a called an emergency cabinet meeting today to discuss how to “mobilise the services of state” against any further incidents. He had earlier appealed for calm, following a Sunday-night attack on the streets of Dijon that left 13 people injured.

Even if there is no connection between the "serious and worrying events", Mr Valls said on Europe 1 this morning he understood people’s "lively and legitimate concerns” that the country was at risk of more “lone-wolf” attacks.

But he called on the French to “keep a cool head” and not to jump to conclusions as to the motives in each case.

Speaking in Nantes yesterday evening, after spending the day in Dijon, interior minister Bernard Cazeneuve said the attacker appeared to be "unbalanced" and not motivated by politics or religion.

Authorities dismissed claims that the driver had shouted "Allahu Akbar" (“God is great”) as he drove at the crowds, saying they found a notebook in his vehicle with “incoherent, suicidal phrases”.

On Sunday, a man shouting "Allahu Akbar" drove a vehicle into pedestrians in Dijon.

The prosecutor in Dijon said the driver behind the attack in the city has a long history of mental illness and no links to terrorism.

The man, who is 40, has admitted his role in the attack, said prosecutor Marie-Christine Tarrare. She said he had acted alone and had no religious motivations, and shouted 'God is great' to give himself courage to act, and not out of religious belief, Tarrare said.

And, on Saturday, a man was shot dead by police after walking into a police station in the town of Joue-les-Tours and attacking three officers with a knife, leaving two of them seriously injured. According to reports, he too yelled "Allahu Akbar".