French cheese banned in US 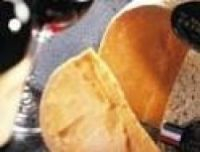 AROUND half a tonne of mimolette cheese has been stuck in an American Customs shed for more than a month after the Food and Drug Administration said it was infested with mites.

The cheese, bright orange on the inside but looking a bit like a cantaloupe melon on the outside, has microscopic ciron cheese mites added to the crust to give flavour to the cheese.

Exporter Benoît de Vitton, of Normandy company Isigny Sainte-Mère, was reported as saying that the company has been exporting mimolette to the US for more than 20 years and last year sent 60 tonnes.

It had always had the microscopic cheese mites on the surface but now FDA inspectors in New Jersey say the mites can cause allergic reactions. The agency says that the quantity of mites was above the accepted level.

Like parmesan, Mimolette cheese can be eaten at different ages but in the US is preferred when well-aged. The cheese was originally produced in the late 17th century to replace banned Edam from Holland.

It is still known in some parts as “vieux Hollande” – but it is not known if President Hollande will get involved.

A Facebook page has been set up in the US by fans who want to get imports restarted: Facebook: Save the Mimolette
Photo: © Isigny Sainte Mère