Hollande may sue on ‘affair’ photos 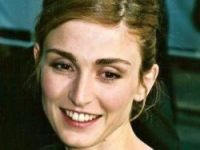 PRESIDENT Hollande is threatening legal action against the gossip magazine Closer which today publishes an issue claiming photographic proof that he is having an affair with actress Julie Gayet.

Closer says it has pictures of Mr Hollande, around New Year’s Day, “joining the actress by scooter at her town flat where the president regularly stays the night”.

The magazine devotes seven pages to the subject and adds: “He is accompanied by a single security guard who helps keep the meetings secret and even brings croissants”.

Mr Hollande’s official partner is journalist Valérie Trierweiler, but Closer says there have been rumours of a liaison with Ms Gayet for a year now.

News magazine L’Express recently referred to “discreet escapades” with the president slipping out of a small exit at the bottom of the Elysée garden, and the fact his diary is supposedly “full of sections which just say ‘private meeting’”.

It claimed the relationship between Hollande and Trierweiler was cool, with each sticking to opposite wings of the Elysée.

Mr Hollande expressed his “profound disapproval of this attack on my private life, to which I have a right like any citizen”.

Ms Gayet, 41, has already made a legal complaint against unknown parties in March last year after rumours were spread on the internet. In 2012 she took part in an election clip for Hollande in which she called him “humble”, “amazing” and “a great listener”. Her film appearances have included Bertrand Tavernier’s Quai d’Orsay last year.

Closer is no stranger to controversy, including being fined for invasion of privacy in 2012 after publishing topless photos of Kate Middleton.