How would a house swap be taxed? 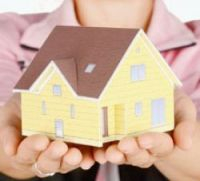 WITH the financial situation as it is if we could find someone in the UK who would do a direct swap with my property - as there would be no money changing hands - how would l stand regarding tax payable on our property? I am progressing in years and my wife does not drive so if anything happened to me then, as our village has practically no public transport, she would be cut off. V.D.

While there is no money changing hands, the tax authorities do have the right to assess and tax the fruits of what amounts to bartering - an exchange between two people for goods or services. This applies whether you are swapping permanently or temporarily.

In the case of a permanent arrangement, someone would have to pay for the stamp and legal duties which would arise from the change in legal ownership (despite the fact no money changes hands). The tax office would be entitled to consider the value it would attribute to what would amount to a sale of your house, though as it is your principle private residence, it would not be liable to capital gains tax.

Other than selling your home and moving back to the UK or to a town with public transport, you could rent out your house and, with the net income rent somewhere else.

Another option would be to rent or buy in warden-assisted accommodation. These types of buildings are sprouting up as investors have realised such accommodation is necessary for an increasingly large aging population.

Can I declare capital losses on shares?
I PLAN to sell shares I have owned for several years. They cost £4,000 but are now valued at less than £3,000 can I declare the difference as a loss? A.P.

The declaration of shares’ capital gains and losses, irrespective in the world where they were sold, is assessable in France for all French fiscal residents. If you are an EU citizen residing permanently in France, the declaration is made on the main 2042 tax declaration form.

The losses need to be mentioned each year that they are carried forward, for a maximum of ten years, by attaching a schedule of the calculation of how the original losses occurred and form 2041 SP to show them rolling forward each year.

Must I declare gainsfrom old shares?
I RECENTLY sold a few UK sharesthat my father had bought for me years ago, raising a modest sum. I am sure they made no dramatic gain, but bearing in mind they were bought over 20 years ago, presumably there was a gain of some kind. I do not know what my father paid for them - do I have to declare this gain and how would I find out what the shares originally cost? H.B.

The gains do have to be declared. To find out the value when your father bought them for you, the best option is to write to the registrar (those sending the dividend warrants or the share certificates) of the shares and ask them. At least then if the fiscal authorities here ask for confirmation of the cost then you have some official proof. The other ways are either to ask a stockbroker, or consult the London Stock Exchange website, though finding values of more than five years ago is not easy.

Are there new gîte registration rules?
HAVING declared income on my gîte without problems for the last two years, my local tax office in Saintes has this year demanded that I register as a micro-enterprise and obtain a classement meublé de tourisme at a cost of €150 to continue to take advantage of the 71% reduction. Have the rules changed? D.B.

Regarding the need to register as a micro entreprise: this is unfortunately a grey area. On one hand, tourism letting income has always been considered to be investment income, and so not to require official business registration. On the other hand, the income is declared as microentreprise income under boxes 5NG and 5OG on the 2042C form and so there is a common sense view that says that registration as a microentreprise is required. Over-riding these positions, there also is the principle that unless services are provided to guests, the income retains its investment income status (where services were provided then the lettings would be considered as business income). On the basis that you do not provide any service, and merely make available the gîte for lettings, it would seem inappropriate since it would give rise to the levying of the business activity social charges which, clearly would not be applicable to what is investment income.

Regarding the need to obtain the classement: the rules have not changed, it is just that tax offices are increasingly beginning to verify that taxpayers have done what they should in order to qualify for the 71% reduction by registering their properties for tourism lets as required by the Code du Tourisme.

What is essential is that you should be registered with the mairie as offering tourist lets, a procedure which, in itself, is free. However official registration with ATOUT France, a national tourism agency which can give a grading of the property may cost several hundred pounds. Unfortunately there are some local variations in interpretations of the rules as to whether the latter is required, but most people registering at the mairie are not also registered with ATOUT France.

The first step, if you have not done so, is to obtain the form Déclaration en mairie des meublés de tourisme. It may be best to see a finance professional who can advise you based on the full details of your situation.

Must I make a UK income tax return?
I AM a French fiscal resident, but because I get a pension from the UK, paid by the UK government, I have been told I must complete a UK return? Is that correct? I.S.

The UK-France double tax treaty makes all income assessable in France - from anywhere in the world, of any kind. However, government income - paid by the government, not the social security department - is an exception. This excludes the old-age state pension but includes pensions paid by the Paymaster General plus some other organisations (for diplomacy, civil service or police work etc - if in doubt call the UK tax helpline). These incomes are assessable to tax in the UK, not France. However the sums still have to be declared in France so it can take them into account in calculating overall French tax due (since otherwise you would benefit from two sets of personal allowances and tax banding systems. A tax credit is given by France.

Overall, if you have government income from the UK, you may still need to complete a UK tax return. The now-defunct UK Centre for Non-Residents did not request these each year unless there was a change in the taxpayer’s circumstances. Local tax offices have now taken over and, working under different principles, may require annual tax returns while the income continues to be paid.

The Connexion welcomes reader queries and publishes a selection with answers every edition. However please note that we cannot enter into private correspondence on money topics. Queries may be edited for length and style. Due to the sensitive nature of topics we do not publish names and addresses on these pages, just initials.

The information on these pages is of a general nature and you should not act or refrain from acting on it without taking professional advice on the specific facts of your case. No liability is accepted in respect of these articles. Financial planning is a complex subject and these articles are intended only as a general guide. Nothing herein constitutes actual financial advice.