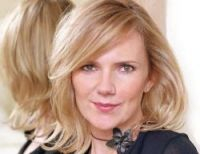 I'D TAKE an intelligent guess in suggesting that a year ago - you probably didn’t have the foggiest idea who I am.

However I was catapulted into the limelight in April 2012 when I went from being just another expat who had fallen in love with and married a Frenchman, to a ‘controversial’ writer crucified across the globe for her strident views.

I don’t exaggerate when I say that I became a household name overnight. The reason? I wrote a piece for the British newspaper the Daily Mail entitled Why do women hate me for being beautiful?.

When I pitched the idea in February of that same year, I made it perfectly clear to my editor that I rather suspected I would take a fair bit of flack for such a provocative opinion piece. But I couldn’t care less – I’d had enough of being judged and ostracised by jealous and insecure women who couldn’t see past what I looked like.

The morning I hit send on my email to propose the feature idea, I’d just been snubbed by one of my French neighbours – who was, I had discovered, terrified that her husband fancied me. Her husband – a friend of my other half – was regularly around our kitchen table discussing work or sharing an apero at the end of the working day. I even looked after her kids from time-to-time.

The cruelly delivered snub – she ignored my friendly wave as she drove past me - was the final nail in the coffin. My only crime was taking care of how I looked.

Today, I remain a full-time writer, but my life has changed beyond all measure. I’m frequently ‘papped’ when I’m in London, I put up with being filmed at airports on iPads and smartphones. I regularly come across vitriol on expat message boards about me and I wake up daily to particularly vile messages on social network sites.

Those are the only downsides – and quite honestly I give much of it short sharp shrift – for the plus points are numerous, and not just for me either. In my local village of Cazals in the Lot, barely a month goes by without this camera crew or that photo-shoot taking place.

We’ve had an endless stream of photographers from the UK, film crews from Australia to Japan, a continual onslaught of curious journalists from all over the world lining up to interview me. Far from such intrusions having a negative impact on rural French life; the locals love it!

The village bar benefits from the bottles of champagne bought (champagne! In a French village!), ditto the local restaurateur as camera crews and journalists only ever order platters of foie gras and platefuls of scallops.

Everyone wins; the media falls in love with rural France and the locals have their profits boosted. These days I share out such visits amongst everyone – owners of chambre d’hôtes, restaurants and stores – to ensure that all local businesses benefit. Everyone has gained from my infamy.

As for me, I’ve had plenty of time to reflect on writing ‘that’ piece. Most of my close friends were gobsmacked that I dared to write publicly on such an issue. Why?, they asked, this wasn’t the Sam they knew.

My conclusions are this: I would not have had the gumption to pen it had I not been living in France. I’m happy in my relationship, comfortable in my own skin and like what I see when I look in the mirror.

Five years in France has infiltrated my psyche and has imbued me with a self-assurance which British women just don’t possess. Confidence in my looks (in spite of the unflattering pictures of me used to support the original piece) and an unwavering sureness in my opinion.

My belief has been backed up by thousands of women around the world who to this day write me lengthy emails not only agreeing with me but also sharing their own experiences. I have also, touchingly, received dozens of emails from other female expats all over France describing similar experiences.

My inspirations are all around me; I look at my mother-in-law in her seventies who possesses an air of self-confidence normally only seen in twenty-something women in the UK. Likewise my husband’s grandmother, who is 92, is always elegant and beautifully turned out – she still turns heads.

Being around such formidable women has, over time, made me reassess my own self-worth. While British women in their twenties appear to be the only age group worth praising – it’s my experience then that this is not the case here in France.

French women come into their own in their forties – think Valérie Trierweiler and Carla Bruni. I’m more confident now than ever. I’ll turn 42 this month and while most women my age struggle to have a voice in other countries – not so in France. I’m in my prime.

When I first moved in with my husband I was gobsmacked to discover that French women really are something else. They don’t drink to excess, they watch their figure with a hawk-eye and they use any opportunity to exercise. The women in my extended French family diet four times a year.

To be overweight, they believe, suggests you are unhappy in your soul. The diet products on sale in pharmacies all over France echo this notion – a siren call to look after yourself at every opportunity.

Since I moved to France my husband has gained weight – he stopped smoking at my request. Yet the French look at his girth in horror, openly suggesting he return to the cigarettes to regain his form. For his weight is commented on as frequently as mine. At French dinner parties weight is discussed as frequently and with the same candour as the weather.

At one dinner party we even – to my absolute horror – lined up in the bathroom in front of the scales to ensure no one had lobbed off a couple of kilos of their true weight.

Without question my husband has had a large influence not just over what I weigh – we both jump on the scales weekly – he has also inspired what I write and how I see myself in the world.

A French marriage is different. It is expected that you take care of yourself. Hitting 40 isn’t an excuse to reach for the Spanx and the snacks and just let it all hang out.

Pascal was and remains bemused by the attraction the feature garnered. He thinks the reaction was absurd and typically British. Our relationship hasn’t changed one iota. I was an artisan’s wife before it and continue to be so today. Where I live I’m still treated exactly the same way.

Consequently I’m still the first port of call for my husband’s British clients and continue to run the administrative side of his business – much to the amusement of his clients. These days they are more used to seeing me on television – I’m a regular contributor to ITV’s This Morning and was also on Celebrity Big Brother last year. But I’m equally at ease talking about their roofs, quotes and Pascal’s availability.

When the plane touches down in Toulouse or Bergerac I flip back into French housewife mode. Ten months later and my memoirs of moving to France are due to be published exactly a year after I wrote the piece.

Naysayers will be pleased to note that since I wrote it, men still buy me drinks and I’ve been paid perhaps the biggest compliment of all: one of the local men is insistent that I help him find a British wife...