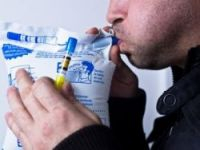 THE government has delayed the full introduction of the controversial breath-test law, which would have penalised them for not carrying an unused kit in their vehicle.

Interior Minister Manuel Valls has postponed “sine die” – indefinitely – the start of €11 fines for not carrying the tests. He had already delayed the start from November 1, 2012, until March 1 due to problems in supply and doubts about their effectiveness.

He says he will wait until the Conseil National de la Sécurité Routière (CNSR) has reported on what it sees as the best measures to cut drink-driving, which is a major cause of road deaths.

The news came as Valls announced an 8% drop in the numbers killed on France’s roads – falling to 3,645. He noted that there had been a 14.5% drop in the number of motorcyclists killed but said they still made up 23% of the road victims despite being just 3% of the traffic.

Cyclists were revealed as being more exposed to road dangers as the number killed rose 9.9%.

He said that for the general figures there was a definite sex and age trend, with three times the number of men being killed as women and 21% of the deaths being in the 18-24 age group.

Valls has previously announced his aim of cutting the road toll “in half” by 2020 and called for continuing efforts to improve road safety. Whether mandatory breath tests will play any role of may be known by mid-February when CNSR is due to give its initial views.

However, one committee member, road safety campaigner Chantal Perrichon, president of the Ligue Contre la Violence Routière, has already dismissed the tests as “just a gimmick”.

She told Connexion they had been a hastily-introduced measure which had been brought in at the end of the Sarkozy presidency “to be seen to be doing something”.

Mme Perrichon said that no proper testing had been done to evaluate the éthylotest and that Valls would have no choice but to delay full introduction.

There had also been controversy about their lack of availability across the country – and the soaring prices for the few kits available. Environmental campaigners had also attacked them as they used toxic chemicals and a consumer group test showed that they were not reliable.