Is watching UK TV via a VPN legal? 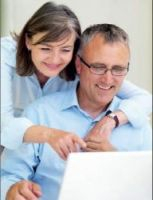 As we reported last month, one of the more popular ways to solve problems related to poor or non-reception of UK television in France is to use a VPN.

This allows you to access internet-based content that is aimed at a UK audience. There are a number of different ones, available from a few euros a month.

The problem of reception is affecting more people due to the change to a new satellite for the broadcast of British television channels, which has a footprint more focussed on the UK.

A VPN provides an encrypted and secure connection “tunnel” which routes your computer to the content you are accessing.

Using one which routes via the UK is one solution to the loss of satellite TV, in that you will be able to use services like BBC iPlayer, 4oD and ITV Player, which are otherwise not viewable outside the UK.
IT law avocate Valérie Sédallian confirmed that, as in the UK, there is no law in France against using a VPN. As one well-known provider, UKVPN says: “VPN services have been used by businesses for years. All you are doing is adding additional security and protecting your privacy”.

Also popular with readers is the free internet service www.filmon.com although some people report poor picture quality and dislike the fact it runs adverts.
Also, as we stated in our March edition, the right of firms to rebroadcast content is contested by channels.

One reader was told by ITV to try https://itvessentials.com/ a subscription-based internet service available in France, providing some ITV content.

Reader Jo Summers suggests buying a “satellite finder” to fine-tune the adjustment of the dish for the strongest signal. These are available for around €20 via internet sites or DIY stores.