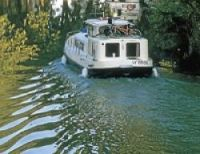 Next door to what most people think of the South of France is another South of France, one with more claim to the title. Cross the Rhône from Provence and you are in Languedoc-Roussillon, a region that stretches as far south as you can get in mainland France, to the border with Spain on the shore of the Mediterranean.

As its mouthful of a double-barrelled name suggests, this is not a region with a clear identity, such as Burgundy, Brittany or Alsace. Instead, Languedoc-Roussillon is a composite of two different entities, a swath of the ancient province of Languedoc glued to Roussillon, the French part of Catalonia.

That is just the beginning of its complexities. Languedoc-Roussillon stretches from the Massif Central to the Pyrénées and is subdivided into five diverse departments that have little in common with each other.

At one extreme is the go-ahead high-tech conurbation of Montpellier and, at the other, the wild northern uplands of Lozère, which have the lowest population density in France.

Stamping cohesion on such a territory has always been a challenge for the conseil régional. Its vice-president and chairwoman of the regional tourism committee, Agnès Jullian, said: “We are not ‘lucky’ enough to have a clear signature as other parts of France do and it is difficult to impose a single identity across the whole region.

“Instead we have multiple identities, deriving from the richness of our landscapes and culture.”

But diversity is hard to market to tourists and consumers and, in 2004, the then regional president, Georges Frêche, suggested re-baptising the region as Septimanie, a name used from the end of the Roman empire into the Middle Ages. The Languedociens-Roussillonnais, however, weren’t having any of it and Septimanie died a death.

Frêche, however, remained a popular and charismatic figurehead until his death last October, seven months after being re-elected. His successor, Christian Bourquin,
is still new in the job and determined to make his mark. He sees five key areas:

Competence - providing effective public services;
Ambition - “which makes the difference between managerial politics and a politics of action”;
Closeness of government to the governed – listening to ordinary people: “I don’t know any other way to do my job”;
Innovation in responding to the needs of all
Anticipating the future: “we must take action in four areas: jobs, standard of living, the environment and knowledge” – the last referring to education and research.

He knows he has difficult balances to strike, many of them arising from the region’s popularity. This is the fastest-growing region in France, with incomers drawn by the sun, the southern way of life and by a cost of living cheaper than the more glamorous Provence.

The population is forecast to grow from its current level of just more than 2.5 million to between 3.1 and 3.5 million by 2040. Agnès Jullian said: “The growing population is not an inconvenience but an advantage for the region, as long as the distribution of people is well managed so that we can provide them with high-quality facilities.”

There will be extra costs, she concedes. All these people are going to require social services, education and jobs. Healthcare will be a particularly big item of the budget with an ageing society. The region has more centenarians than the French average (2.4 per 10,000 people as against 2.0).

While Paris will meet some of the costs, most of the money will have to come out of economic growth. Languedoc-Roussillon is the ninth largest region classified by both population and area but has the second lowest gross domestic product per inhabitant of the mainland regions after Picardie: €60,523 million, or €22,984 per inhabitant.

Fortunately, the region has several natural resources to draw on and some big projects are planned for the next few years. The first of these resources is location.

Languedoc-Roussillon is sited on one of the main axes between France and Spain, given that communications between the two countries are severely disrupted by the Pyrénées. In January, a new stretch of transnational high-speed rail line was opened between Perpignan and Figueras in Spanish Catalonia. It may only be 44km long, but this line is international gauge and does away with the need to change trains on the border to the broader gauge that has hitherto been standard in Spain.

On the French side of the border, the TGV network is to be extended in two phases, first from Nîmes to Montpellier (work is scheduled to start in 2016, with both cities to get new stations) and Montpellier to Perpignan (timetabled for 2020). Eventually, Languedoc-Roussillon will be less than three hours by rail from Paris and will form a crucial part of a high-speed link between Paris, Marseille and Barcelona.

Another natural resource is energy, at least potentially. At present, Languedoc-Roussillon produces just 0.4 per cent of France’s energy, but it has three good natural supplies of renewable power. Half of its electricity comes from hydro-electric plants, and wind turbines supply another 18 per cent.

The department of Aude is particularly windy. Jan Dodd, correspondent in France for Windpower Monthly, said: “France’s first grid-connected turbine was installed at Porte-La-Nouvelle in 1993. The region is now home to around 300 wind turbines with a combined total of 409MW, representing around eight per cent of the country’s total installed capacity.”

Languedoc-Roussillon has the potential to produce 2,500MW of electricity from wind – seven times its current level – especially if plans go ahead to site windfarms offshore in the Mediterranean, probably off Cap d’Agde.

In even greater supply is sunshine. Languedoc-Roussillon has the world’s most powerful solar furnace, near Font-Romeu in the Pyrénées, and photovoltaic solar panels are being installed or already in operation throughout the region.

Take the Perpignan Pôle Economique St Charles which is Europe’s largest wholesale fruit and vegetable distribution centre; it is planning to turn its roof surface into one of the world’s largest solar power plants integrated into existing buildings, producing almost 9MW.

An even bigger reserve of energy has been discovered under the soil of northern Languedoc. Government ministers Nathalie Kosciusko-Morizet and Eric Besson are soon to issue a report on the economic, social and environmental impact of allowing companies to extract deposits of shale gas (gaz de schiste) from Gard, Hérault, Lozère and neighbouring departments.

Shale gas is a secondary or unconventional source of natural gas because it is more difficult to get at, being trapped in rock 1-3km beneath the surface. There may be enough gas to supply France’s consumption several times over, making a big contribution towards the country’s energy independence, but the extraction of shale gas can cause pollution and contaminate water supplies. There is vociferous opposition to the plans, particularly from the local branch of Objecteurs de Croissance (Objectors to Growth).

The arguments over shale gas highlight the central challenge for Languedoc-Roussillon’s future: how to balance economic growth with the protection of the natural and human environment. This has implications for another important industry: tourism.

An indicator of the success of tourism is the growth of the region’s fifth airport at Béziers, which started with one flight in 2008 and now caters for 130,000 passengers a year. It will soon welcome a second airline and plans to grow further.

Director of Béziers Cap d’Agde airport Pascal Pintre said: “The reason is tourism, not business. Fifty per cent of the airport traffic consists of people coming to visit family and friends – even in the peak summer season.

“The other half are ‘real’ tourists who come for the beaches, the Canal du Midi, the cities, the countryside and the vineyards. It’s a sunny region with many places not yet discovered by foreign visitors and which is less expensive than the Côte d’Azur.”

The region places great emphasis on presentation of itself and its products (especially tourism and wine) to the outside world. To this end, it has four “Maisons de la Région Languedoc-Roussillon” in cities such as London and Shanghai, with a fifth to be added this year.

It recently embarked on Mission T Sud, under architect and planner Nicolas Michelin, which will look at “the challenge of structuring the region to favour tourism”.

Looking towards the future of the region and his role in it, conseil régional president Christian Bourquin quotes writer Antoine de Saint-Exupery: “Your task is not to foresee the future, but to enable it.”