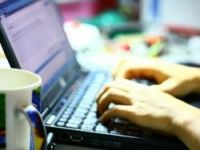 Four libraries in Paris have turned off their wi-fi internet connections after staff claimed they were causing health problems.

The latest to shut down its wireless network is the wireless Sainte-Genevieve university library in the 5th arrondissement after a member of staff threatened to take early retirement on health grounds.

The library has had wi-fi installed since the end of 2007. All computer users will now have to plug their laptops into the conventional fixed-line network.

In his letter to his employers, the shop worker stated: “Over the last few months, and increasingly over the last few weeks, I have suffered strong symptoms associated with the wi-fi network.

“Other sources of electromagnetic radiation, including mobile phones, have also played a part.”

A spokesman for the library confirmed the wi-fi had been switched off while associated health problems were investigated.

He said: “Some people insist that the symptoms are psychosomatic. This could be the cause but at the moment there is absolutely no proof of that.

“Wi-fi is a recent invention, and in the long term no one knows what the health effects are going to be.

“If there are complaints, and a library is equipped to give a fixed-line internet service, then it is better to be safe than sorry and protect the health of library workers until we know what the health effects are.”