‘Mobile customers have it too good’ 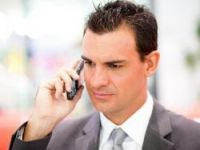 THE government is considering watering down rules protecting mobile phone customers to save jobs.

Ministers had a discussion with heads of the four big firms yesterday.

According to Le Figaro, they showed willingness to chip away at the rules in return for the firms avoiding lay-offs and keeping helpline call centres in France.

The permitted periods to which people can be tied to a new contract could be increased and cancellation conditions could be made more difficult.

A rule that states that time waiting to speak to a helpline must be free, could be scrapped.

New discussions between the individual operators and the government start today and consultations will also be held with telecoms watchdog Arcep and consumer bodies.

Another round-table discussion is planned for the end of the month.

Arcep has said it considers the French telecoms market is still dynamic – a million new customers signed up in the first quarter, it said. However it has also stated that in recent years “the consumer and competition have been over-privileged to the detriment of jobs”.

This comes as Bouygues recently said it was seeking 556 voluntary redundancies and SFR also said it plans cuts.

France Télécom said it expects a drop in mobile phone turnover this year of about 10%, not taking into account the additional factor of Free Mobile having started up this year.