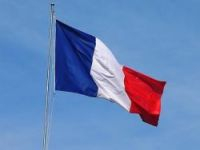 A DEBATE on the question of what it means to be French starts today across the nation.

Immigration Minister Eric Besson has asked all France’s 100 prefectures and 350 sub-prefectures to start holding public debates on the issue of national identity.

He has already come up with suggestions including getting schoolchildren to sing the Marseillaise.

Discussions will be held in local areas, organised by prefectures, in some cases with the involvement of MPs and MEPs. The general public, associations of all kinds, teachers, politicians, unionists and religious representatives will all be invited.

The opposition have criticised the idea as a stunt to grab the extreme right-wing vote ahead of regional elections.

An internet site is being launched today at www.debatidentitenationale.fr. At first it will just include ideas to spark debate, then progressively it will include details of when events will be held, updates of ideas that have been discussed and decisions taken. After two weeks there will be a discussion forum and a multiple choice questionnaire so people can contribute directly to the debate online.

Mr Besson plans to sum up the conclusions at a conference on February 4.