New housing law due to go ahead 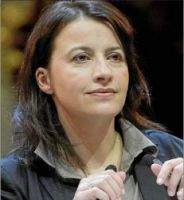 A NEW law bringing in a raft of measures affecting the housing market, including several governing landlords and tenants and owners who rent out their second homes to tourists in certain areas, is due to enter the statute books this month.
The so-called Loi Alur is aimed at encouraging more and easier long-term rents and could have an impact on holiday rentals by making shortterm furnished holiday lets in areas experiencing housing shortages more difficult than annual leases.
This is already the case in Paris.
Here Connexion looks at some of the key points.

The law, put forward by Housing Minister Cécile Duflot, creates new rent controls with a maximum chargeable rent, allows new cooperative ownership of properties, registers multiple-ownership properties (copropriétés), imposes an obligation on copropriétés to pay into a repair fund, gives more power for intercommunalités or groups of councils to decide housing plans, extends the winter truce during which tenants cannot be evicted and brings in a type of rent guarantee to cover unpaid rents.

It is due to come into force before this month’s municipal elections although some sections will not start until next year or January, 2016.

One section of the law may force some holiday rental owners to get two sets of permissions to continue to rent short-term.
People renting out or exchanging their main homes for a few weeks in summer or winter are not affected by the changes – they are aimed at furnished secondary homes that are used for holiday rentals and thus not available year-round.

It will apply in large cities (more than 200,000 residents) plus the departments round Paris and in around 28 zones tendues (towns with more than 50,000 residents where housing is in short supply).
However, mayors in these 28 towns must decide to apply the new law and it is thought the vast majority will not do so.

If applied, owners would need permission from the mairie to change the property’s use from residential to commercial and also to get approval from other owners if it is in a block of flats.

Mairies may, after a council vote, decide to give a block authorisation to avoid the need for individual changes of use because they are at present obliged by law to create a new residential property if a residence is changed to commercial use.

Owners, or their agents, will also have to obtain permission to offer furnished short-term rental from the majority of other owners in blocks of flats (copropriétaires) as there have been rising complaints from neighbours in properties with holiday rentals.

While holiday rentals may be profitable for the owner, the government wants to free up secondary homes for year-long furnished rental to help tackle the severe shortage of housing.

The situation has been brought into focus by the sharp rise in the use of internet rental sites such as Airbnb and HouseTrip which are seen as costing hotels business, with the hoteliers claiming some holiday rental owners are not paying national and local tourism taxes.

Rental agencies will in future have to get a signed statement from property owners that they are abiding by the law.
The penalties for not getting authorisation are heavy: up to €25,000.

Paris has been enforcing similar measures for the past two years as the massive demand for permanent homes highlights what the city sees as a massive waste with around 20,000 holiday properties lying empty for parts of the year. The result is that rents for scarce properties are rising at more than 3% a year – a point tackled in another measure in the law to restrict rent rises.

This will see the creation of a new rent control framework in the larger cities and 28 zones tendues with the setting-up of a body to gather statistics on local rent costs for typical properties and then set a loyer de référence which will fix upper and lower limits for rents.

Leases with rents more than 20% higher than the reference rental at the time of signing could face a reduction.

The law also sets up a rent guarantee scheme to encourage more owners to make housing available to rent.

Fears of unpaid rents deter many owners from renting and mean that if they do let out property they demand high deposits and high minimum salaries for tenants before handing over the keys.
The Loi Alur, after much debate, creates a form of rent guarantee that gives owners some reassurance.

However, despite it being one of President Hollande’s election promises, the garantie universelle des loyers (GUL) will not be compulsory.
It will be written into the rental contract as a way to cover unpaid rent but owners can opt to reject it if they prefer to take a deposit.

The attraction for owners is that the guarantee will come into effect quicker than commercial guarantees do – which means less rent is unpaid – and the government will have a hand in pursuing unpaid rents, with defaulters being pursued unless they have suffered an accident de vie such as losing their job.

Cooperative ownership has been one of the key projects of Ms Duflot and the law introduces measures to allow people to set up housing cooperatives to build between five and 20 properties.
Such projects can typically see savings of up to 15% on new-build houses.
Ms Duflot has also championed moves to force owners to improve rundown properties and the move to oblige copropriétés to pay into a repair fund for works also gives mayors and state officials powers to order that repairs be done.
The law creates a “right to rent” and gives local councils the power to withdraw this right for rundown rented properties until they are brought up to standard.

Property agencies will no longer be able to demand one month’s rent from tenants as their fee as their “frais d’agence” have been cut.
Tenants will now pay part of their costs for certain acts, with proprietors responsible for the rest of the fee as they are deemed the main beneficiaries.
The maximum levels will be set by decree but are expected to be around half of what tenants pay at present.

Urban planning decisions will also be changed with groups of communes being given more
power. Ms Duflot said the change would allow intercommunalités to create urban plans reflecting their own areas whereas at present smaller communes do not have the funds to do so. It would see houses built where needed.
The move has been controversial as it takes powers away from individual mayors and the transfer of powers can be vetoed if voted out by more than 25% of communes covering at least 20% of the population.

Tenants get some aid with a two-week extension to the winter eviction truce, which is now from November 1 until March 31. These same dates are used for the energy truce, when power companies cannot cut off defaulters.
New regulations are also being put in place to ensure estate agents are properly trained and informed about the law and its restrictions.

We speak to those in the property market to get their views on new law
HOUSING Minister Cécile Duflot said the law would help tackle the problems in the housing rental market which had seen rents soar over the past decade and outstrip the ability of ordinary families to pay.
She said parliament had supported the main measures of the law, including new rent controls, the rent guarantee, regulations for estate agents, changes in agency fees and measures to improve rundown properties.

CONSUMER and tenants’ rights group Association Nationale de Défense des Consommateurs et Usagers said, however, she had failed to create a new obligatory universal rent guarantee to give owners protection against unpaid rents as owners would still prefer to demand a large deposit from tenants.
The new garantie universelle des loyers was too complex “and was not attractive to either tenant or property owner” especially as it did not cover the full extent of any unpaid rent.
Saying rent default was, “a minor problem in the housing market” the group said the new GUL guarantee risked being used only by owners renting to low-income groups, where the default risk was higher.
It was strongly opposed to tenants having to pay any part of agency fees as it means “billing them for services they have not requested”. The agency’s contract was with the owner and it could not act for both sides, it said.

HENRY Buzy-Cazaux, of the Institut du Management des Services Immobiliers, said the GUL could see the “eventual end of the deposit” as it offered support for both sides of the tenant-owner divide.
Lawyer Laurent Lamielle, of property magazine De particulier à particulier, said it was not certain mairies would get involved in forcing holiday rental owners to apply for change of use.
They could decide to give temporary blanket approvals to rent holiday homes and, unlike Paris, many did not have serious housing problems.
There would also be a lot of work involved in preparing for the changes which are complex, not well known and possibly expensive.
However, he said holiday rental owners could face pressure from copropriétaires tired of the continual comings and goings of holiday makers and other disruption. They could vote at a general meeting to ban holiday rentals from the apartment block.

INTERNET accommodation rental agency Airbnb said the changes would not affect the vast majority of its owners as 80% rent out rooms in their main homes while gite owners are in rural areas with no housing shortages.
“Under the proposed law, if you rent your primary residence, the process would remain unchanged: if you wish to make your home available to travellers, you may do so if you follow some basic rules including receiving written agreement from the owner.
“Regarding proposed rules for the short-term rental of properties that are not a primary residence, in the vast majority of French cities, the rules will not change: short-term rental will not be subject to new restrictions.
“In larger cities, the short-term rental of a non-primary residence will be permitted. Cities will not have the authority to ban short-term rental of these properties, but they will be able to define specific criteria or require hosts to apply a for a change of use.”

THE Confédération Nationale du Logement, which represents council tenants, said rent controls would be inflationary as they were set on rents that were already too high and would raise rents at the bottom of the scale.

PROPERTY owners federation UNPI called the law “absurd” with the new rent controls being over-complex and with the clear aim of reducing rents.
President Jean Perrin said they could be satisfied that the rent guarantee scheme had been watered down but the rest of the law was “so horribly complex” it would discourage people from investing in the rental market.
“The Loi Alur is a good example of the absurdity of catch-all laws to which we are sadly accustomed, no matter what party is in government.”