No Paris airport RERs at weekends 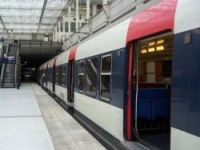 TRAVELLERS using Paris Charles de Gaulle airport have been warned to allow extra time for their journey because of engineering work on the RER rail lines for the next six weekends.

No RER B trains are running to France's busiest airport on Saturdays or Sundays from this weekend until November 7 because of station renovation work.

Passengers requiring the airport will have to take the other branch of RER B to Mitry-Claye and board a free shuttle bus.

The bus will stop at Terminal 1. Travellers flying from Terminal 2 or 3 will need to change on to the RoissyVal light railway.

The SNCF said extra trains would run to and from Mitry-Claye at weekends, with a departure every eight minutes.

The shuttle buses will run every five minutes during the daytime and every 10 minutes from 21.00 through the night.

Passengers have been advised to allow an extra half hour for their journey if they are using Terminal 1 and an extra hour for Terminal 2 or 3.

TGVs, the RoissyBus, Air France shuttle and buses 350 and 351 are running as normal.

Anyone heading to the Parc des Expositions in Villepinte should get off the train at Aulnay-sous-Bois for a replacement bus service.

The renovation work is part of a bigger modernisation plan for the RER B, which will see newer and more regular trains on the line from 2012.