Old cars could be banned from cities 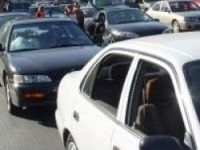 OLD cars could be banned from the streets of France’s big cities in a move by ecology minister Nathalie Kosciusko-Morizet to stop city centre air pollution.

Saying the future is in small cars and electric vehicles, she is setting up a Zone d’Action Prioritaire pour l’Air (Zapa) in eight cities which will allow the banning of older cars, motorbikes, scooters, lorries and buses for a three-year test.

Ms Kosciusko-Morizet wants to take 10 million vehicles off the roads including 8m cars over 13 years old, 1.6m motorbikes and scooters and 300,000 lorries and buses which are too old to have particulate filters fitted.

Paris, Lyon, Bordeaux, Nice, Grenoble, Clermont-Ferrand, Aix-en-Provence and Saint-Denis have signed up for the tests which will start in July 2012. If successful, the bans could be introduced across the country. Each city will decide the size and boundaries of the Zapa zone and what categories of vehicles will be excluded.

However, internet motoring groups have already attacked the proposals as they could ban the legions of 2CVs, Fiat 500s and many other classic vehicles from the roads. Some called it “electoral suicide”.

Ms Kosciusko-Morizet told newspaper Le Parisien: “Other than turning town centres into giant pedestrian zones, cities cannot just ban all vehicles in one move. However, they can move progressively towards it by excluding some lorries or delivery vehicles that give out too much pollution.”

Asked how it would be enforced, she said towns could put different coloured stickers on vehicles’ windscreens, depending on their level of pollution, or they could check the age of the vehicle from the number plate, which would allow video-surveillance cameras to be used.

However, it does not mean the end of giant 4x4s in town centres as the minister said that newer vehicles were fitted with particulate filters to help cut pollution; and these would still be allowed.

She said particulates in the air were responsible for 42,000 deaths in France each year and cuts eight months from people’s life expectancy. There were also major problems with asthma, allergies and respiratory and cardiac illnesses.

The European Commission has already threatened action against France if it does not improve the air quality in large cities. Other large European cities, including London and Berlin, have already banned polluting vehicles from city centres.

Cities with bans have seen an improvement in air quality with Berlin seeing a 25% drop in particulates and Stockholm reporting particulates down 40% plus nitrogen oxides cut by 10%.