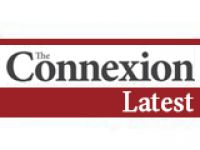 ANYONE using or planning to use an online letting agency to rent rooms or a flat should beware a scam where bogus tenants can offer their property to prospective long-term tenants and vanish with the deposits.

The con was highlighted in The Guardian who found that bogus letting agents had “rented” out one flat to five different people while the owner was away for the weekend.

In total the five intending tenants had paid £8,500 upfront to the bogus agents who had rented the flat themselves through website Airbnb for the weekend.

The crooks had then re-advertised the flat on another site, spareroom.co.uk, and offered viewings to people who replied.

Their scam extended to having documents claiming they were registered under the deposit protection scheme, having a fake office in Sloane Square and telephone numbers that were no longer in use.

Owners of holiday homes in France should be aware of the scam, especially in towns and cities where there is a shortage of housing and a great demand for long-term rental property. Flat-hunters should also make checks on letting agents, as an agent immobilier should hold a carte professionnelle issued by the prefecture.

Airbnb, which has more than 800,000 adverts on its site, said it was the first time it had seen such a scam.

An Airbnb spokesman told The Guardian: “Over 20 million guests have had a safe and positive experience on Airbnb, and we have zero tolerance for these sort of abuses. We’ve permanently banned these guests from Airbnb and we’ve offered the host our full support. We haven’t seen this sort of activity before on Airbnb, and we’re investigating further.”