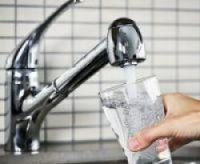 A CONSUMER watchdog has raised doubts about the purity of bottled mineral water sold in French supermarkets, after studies found traces of pesticides and medicines.

The 60 Millions de Consommateurs study was based on 47 bottles of water and 10 samples taken from tap water in different regions of France. They were tested for 85 different molecules.

The group said the biggest surprise was the presence of tamoxifen, which is used to treat breast cancer, in five of the bottles tested - including Céline Cristaline and Carrefour Discount.

Some pesticides that have been banned for more than a decade were found in Vittel, Volvic and Cristaline.

60 Millions said the traces were very small and the water was still safe to drink. It stressed that there was nothing to suggest that the bottling companies had done anything wrong.

Eight of the 10 tap water samples contained traces of pesticides and medicines, including blood-thinning drugs.

The union representing mineral water suppliers said it was astonished by the findings and produced its own evidence to the contrary.