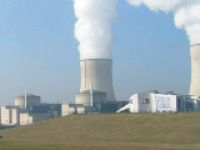 Anti-nuclear protestors have demanded a complete rethink on France’s dependence on nuclear power after blasts rocked the Fukushima plant in Japan and sparked fears of a meltdown.

With 58 reactors in 19 plants providing nearly four fifths of its energy needs, France is the world’s second-largest producer of nuclear power after America.

However, protestors from the group Sortir du Nucléaire gathered opposite the Eiffel Tower in Paris yesterday and unfurled banners saying “Nuclear is killing the future”.

Twenty-five years after the Chernobyl disaster, they said Fukushima was a new Chernobyl and it showed there was no guarantee of safety in the nuclear industry.

The protest followed attempts by prime minister François Fillon and energy minister Luc Besson to ease fears. Mr Fillon said France had “always demanded maximum safety levels in the building and operation of its facilities” and Mr Besson said its power plants could withstand “seismic risk and the risk of flooding”.

However, Cecile Duflot, leader of Europe Ecologie-Les Verts, said when “there is a major natural disaster, all the so-called safety measures fail in the country with the greatest technical know-how”. She added: “Nuclear risk cannot really be controlled.”

Green MEP Eva Joly said it was “scandalous” to say nuclear power stations had been built to withstand accidents.

“At the time of Chernobyl, we were told it happened because of human failure in a communist country where staff were not well trained; but this has happened in Japan, a country built to withstand earthquakes and accustomed to them, a country well organised and with staff extremely well qualified.”

Daniel Cohn-Bendit, the co-president of the Green group in the European Parliament, has called for a national referendum on whether France should pull out of nuclear power.

Mr Fillon and Mr Besson were speaking after an urgent meeting with power giants Electricité de France (EDF), which runs the French nuclear parc, and engineering group Areva, which builds nuclear reactors. EDF, the world’s largest producer of nuclear power, is 84.5 per cent owned by the government. Areva is 90 per cent state-owned.

France has never had a major nuclear incident, although the plant at Blayais narrowly escaped catastrophe after it was flooded by a storm in 1999. Three of its four reactors had to be shut down and its cooling system nearly failed.

Only one plant, at Cruas in the Rhône valley, has specific earthquake protection; the oldest, at Fessenheim in Alsace, was built in 1977, before modern seismic safeguards were developed.

EDF, which has in recent months found problems with water-cooling systems at nine reactors and problems with back-up diesel generators at eight, is building a new-generation EPR nuclear reactor at Flamanville in the Manche and is planning another at Penly, in Seine-Maritime.