Sarkozy film may be embarrassing 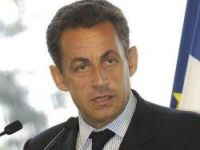 Due in the cinemas in May, La Conquête (The Conquest) covers the five years in the run-up to his election in 2007 and his split with his then wife, Cécilia.

Film-maker Xavier Durringer has gone to extreme lengths to ensure accuracy and the film may be extremely embarrassing for Mr Sarkozy.

Historian Patrick Rotman wrote the screenplay and interviewed many of the leading figures to unearth intimate details, such as Sarkozy’s search for his wife as he starts his first day in power. She had refused to vote for him.

Using the Stephen Frears film The Queen as his template, Durringer called up actor Denis Podalydès to play Sarkozy and Florence Pernel as Cécilia.

Their performances electrified an audience at the Fédération Nationale du Cinéma Français, when the first two minutes of the film were shown and hailed with a standing ovation.

The Conquest was funded by Gaumont and Canal+ after state-owned France Televisions turned down the project.