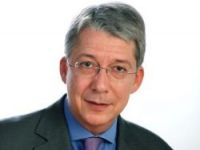 In what way does the Délégation Générale’s job differ from that of the Académie Française?

We are not concerned with correcting the language or recording usage, as they are, but rather with language policies. Our role is uniquely French - there is no British equivalent.

Language has always been a state matter since it was decided French would be the language of official documents in the Ordonnance de Villers-Çotterêts, in 1539.

French is bound up with the history of France as a nation state, which, in part, was created by the imposition of French as opposed to Latin and regional languages.
Our primary role is to guarantee citizens’ right to express themselves, and to receive information, in French.

You should be able to express yourself in French at work - and some of the unions are active in enforcing this.

Some multinationals would like to force everyone to use a foreign language. Equally, if an international scientific conference is held and the organisers want it to all take place in English and don’t provide interpretation or translation, that is unacceptable.

We also make sure consumer information, like instructions, are in French, and we coordinate the work of terminology committees, who find new words to express new concepts.

Sometimes we are looking for a French word for something that already has an English word, for example, we agreed on souris for a computer “mouse” - an easy one!

Sometimes, as here, it is a case of finding a new meaning, not an entirely new word.
Once a word is chosen is has to be approved by the Académie Française, then it is published in the Journal Officiel [among other French words which originated this way are logiciel (software), puce (microchip - literally, “flea”), baladeur (personal stereo - literally, a “stroller”), remue-méninges (brainstorming), covoiturage (car-sharing), and courriel (email)].

We offer a service to the community.

Our objective is not about expelling English but just about naming new realities.

All French public bodies are expected to make use of the words that are agreed.
However, liberty of expression has been in the constitution since 1789 and if a private citizen wants to say “mouse” and not souris they’re not going to go to jail!

If a body ignores the right words are there penalties?

No, it is more a matter of consensus. We can’t intervene every time someone uses an English word; that would imply a kind of state control that is the opposite of freedom of expression.

Do you feel people use too much English?

There are certain domains where English borrowings tend to be excessive - like publicity and computer science - and that distorts the language.

Don’t forget that English has also borrowed many French words - but it is a question of proportion.

It can be quite worrying. Most of the time the kind of people who use a lot of English words don’t even know their meaning; they just think they sound fashionable. It can be misleading.

The strict 1994 Loi Toubon on language use was later modified...

Yes, the Conseil Constitutionnel decided some measures should not be applied outside the public sector. It included things like rules on language to be used on television but that was judged inappropriate.

However there are still French-language music quotas for radio and TV?

Yes, think that has helped to maintain a lively French music scene - especially the tradition of chanson.

Does the British government take a different approach to language use?

I think we share many things with our British friends - we both feel mastering language skills is important and we are concerned about impoverishment of our languages.

Britain does not have a body like ours overseeing language policies but it doesn’t mean they don’t have any - for example measures have been brought in to impose English learning on immigrants.

In France though, we perhaps have a specific approach that differs from what you see elsewhere in Europe - a conviction that language is not just a communication tool but an expression of our culture, a point of view on the world.

It should be protected, otherwise a single language may be enforced and we will lose the extraordinary variety of points of view.

Do you worry about some young people’s language skills in France?

Yes, I think attention to language - for example the time left for literature - has perhaps degraded over the years in education and we live in a more materialistic society.

If you have a poor vocabulary you may resort to other means of expression, like violence.

Do you think Anglophones do enough to learn French, and can you help?

I think most of them do integrate and do learn French.

We have developed a programme for new arrivals - but it is not aimed at EU citizens, it is for people like Africans and Asians some of whom did not, or do not, know the language when they arrive, or learn it when they are here.

The state feels it has a duty to help them integrate - language is an important tool, and lack of it can lead to exclusion.

These new-arrivals sign a contract, committing to the values of the Republic and to learning French.

The state offers up to 400 hours of free lessons and they study for a diploma.

Tell me about the Semaine de la Langue Française

We want to allow all those who love the French language to express their attachment to it, and on the other hand to raise awareness of language - as a tool of social cohesion, communication, and culture.

This year our theme is 10 words to do with meeting and coming-together, like apprivoiser (to tame), boussole (compass), jubilatoire (happy and exhilarated), palabre (negotiations) and passerelle (footbridge).

We want to emphasise the role of language in discovering others. We’re encouraging people to take the initiative and create their own events inspired by these words.

We always organise it around that and the link is obvious - francophonie means speaking French, even though the Organisation Internationale de la Francophonie (a body grouping more than 50 countries where French is a key language) has diplomatic, cultural and political ambitions that are broader than ours.

Historically, French was imposed against other languages - especially from the start of compulsory education in the 19th Century. Little Bretons or Provencaux were made to speak it.

Before the 20th Century two-thirds of France didn’t speak French. Now we think all languages are equal in dignity and want to retain diversity.

Regional languages are being lost due to industrialisation and rural exodus and are not always maintained in families.

We can help preserve them with education and the media - there are 400,000 in the education system learning a regional language.

No, from the moment someone uses a word in French it becomes French - it’s usage that counts, and in a sense there are no such things as “foreign” words - just French words of foreign origin.

The Académie just rubber-stamps usage once words have stood the test of time.

Some are just a fad - take “doping,” which people used a lot 10 years ago - now everyone says “dopage.”

Sometimes the language gets its own back on a word - it uses it for a while but if it is not in keeping with the feel of French it changes it.

French borrowed a lot of Italian words in the Renaissance and many of them dropped out or were replaced by a French word.

We mustn’t worry too much. Today there are a lot of English words but in 50 years they may disappear or be replaced or integrated. A language is a living thing.