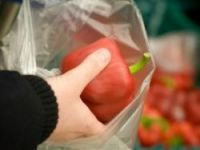 A COMPLETE ban on plastic bags in supermarkets and hypermarkets could come into force next year, as part of a new law on reducing waste.

Parliament is discussing a possible reinforcement of the current rules which have seen the majority of supermarkets stop offering free bags to shoppers.

Junior Environment Minister Chantal Jouanno said "a lot of work had been achieved" in recent years but there was still more that could be done to cut down on waste.

According to the ministry, 10.5 billion plastic bags were handed out in French supermarkets in 2002. This fell to 1.5 billion last year - down 85%.

The new law going through parliament this summer aims to rid every supermarket of single-use plastic bags by the end of 2011. The Féderation du Commerce et de la Distribution, the retail trade body with members including Auchan, Casino and Carrefour, has already agreed to the measure.

The legislation would also require every large supermarket - with a surface area of more than 2,500m² - to have a recycling point at the exit where shoppers can remove unnecessary packaging from the food they have just bought.

Opponents say this rule does nothing to tackle the problem at source - and it would be better to impose packaging rules on manufacturers instead of forcing supermarkets to pick up the recycling bill.