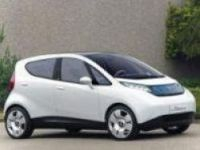 PARIS could be forced to rename its hugely-successful Autolib' electric car-sharing programme after car hire giant Europcar won an appeal court ruling saying the name was too similar to its AutoLiberté rental service.

Europcar had accused the mairie of "passing off" its €35million Autolib' as its own trademark AutoLiberté which has been running since 2000.

Now, just seven months after the silent and non-polluting vehicles were launched, the city has a month to come up with a new name and new branding for the 650 sites and 1,740 cars in the Ile-de-France - or negotiate a deal with Europcar.

Europcar owners Eurazeo said at the beginning of this month that it was open to discussions with the city over possible future partnerships as a way out of the problem.

However, the mairie has said the court judgment was "surprising" and there was no possibility of confusion between the two names. It plans to appeal.

Autolib' is named for and runs along the lines of the city's successful Velib’ bicycle-sharing scheme and has picked up 27,000 subscribers since it was launched - with the eventual aim of 80,000 users to cut down on city traffic and pollution.

The company which manages the scheme, Bolloré (which also builds the Bluecars it uses) says Autolib' has been a great success and is set to break-even by the end of next year - well ahead of the seven years forecast in the business plan. It has the contract until 2023.

But it has refused to help pay for any rebranding as it says the name was chosen by the city: “The name Autolib’ was decided on by the mairie so it is Paris that is contractually responsible."

The company is also set to sign a deal with a second European city to expand the service.