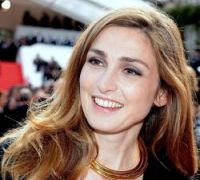 The search engine has put together its findings of what the world searched for in 2014, ignoring perennial favourites and looking for specific trends this year.

Topping the list of emerging personalities is Julie Gayet, who was flung into the spotlight at the start of the year when Closer revealed President François Hollande had been having an affair with her.

She even managed to beat searches based on the World Cup, the iPhone 6 and reality TV star Nabilla Benattia.

The second most asked question of the year was how to register a blank, protest, vote.

The top general searches were Secret Story 8, the game 2048 and the lift sharing service Blablacar.