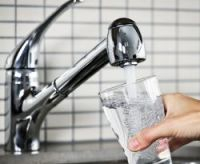 ALMOST two million people in France receive water through their taps that is "too polluted" and does not comply with regulations, according to consumer watchdog UFC Que Choisir.

The watchdog said 97.5% of the water supplied in France was of good quality - but added that pesticide pollution was still a problem for some.

Pesticides were the main contaminant in water (around 60% of cases) and their use in farming "has not decreased in 10 years," says UFC Que Choisir, which has been investigating Ministry of Health data that has been collected, commune by commune, for two years.

Although very little pollution is found in large or medium-sized cities, it is believed 2,750 smaller municipalities receive water that does not meet regulation standards, mainly in areas of intensive farming and agriculture.

The areas most affected are the Paris Basin, the north, the Rhône Valley and the south-west of France.

You can check the water quality in your area on the Health Ministry site sante.gouv.fr.

UFC Que Choisir says "there are nearly two million consumers who pay for significantly polluted water even though 97.5% of the overall water quality in France is of good quality thanks to good regulation."