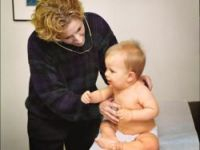 DOCTORS’ union CSMF has called on doctors to go on strike next Tuesday and, despite the fact they are not directly affected, join in the national dispute over changes in the so-called “regulated professions”.

The strike has been called by professions such as huissiers, dentists and pharmacists in protest at government plans to deregulate their professions in a bid to bring down costs.

Doctors have been asked to join in the day of action to make a stand for public service and to highlight their own campaign against changes being planned in a new health law that would affect their consultation fees.

GPs’ union MG-France has not so far called on them to strike but it has said they should “support their pharmacist and dentist colleagues”.

CSMF president Dr Jean-Paul Ortiz said doctors were concerned that deregulation would bring private companies into the public sector and threaten public services. He also attacked the health law, which includes changes to the way patients pay for healthcare, saying it would hit their earnings.

A key part of the law, which aims to cut health service costs, would mean patients would no longer pay the €23 fee directly to the GP. Health Minister Marisol Touraine says this would allow patients to see their doctors and not have to worry about paying up-front.

However, doctors say that making more use of tiers payant - where doctors are paid by a third party (the health service) – would mean they could no longer charge the health service the €2.50 administration fee and Dr Ortiz said this “would mean a reduction in fees which are already too low”.