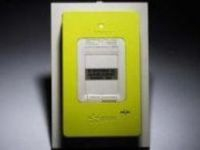 A CONSUMER group has called for a stop to the roll-out of the new “Linky” electricity meters, saying there has been a “campaign of dis-information” surrounding them.

UFC-Que Choisir has contradicted statements from ERDF, the body in charge of electricity infrastructure, that the roll-out will benefit customers and will be free to them.

It has applied to the Conseil d’Etat for the roll-out to be halted.

The group’s main complaints are that:

- A decision to generalise the installation of Linky meters was made even though trials were not conclusive as to effectiveness. There were many technical problems and it was not proven they helped customers keep electricity use under control.

- The meters are not free because they come with an increase to the “tarif d’acheminement” (supply tariff) that is added to bills. Also, the units are costly – three times more than similar ones used in Italy.

- Contrary to EU demands and promises at France’s Grenelle Environment summit, the meters, which can transmit data to electricity firms remotely, are ineffective at helping people monitor real-time use. This is because many are in communal parts of blocks of flats, in cellars, or otherwise inaccessible. Provision should have been made for separate display boxes in living areas, says UFC.

- It is claimed customers will be able to be billed on real use, not with estimates and catch-up payments; however, while this is technically possible, no law obliges suppliers to actually do this. On the contrary, the Code de la Consommation allows for only one bill based on real use per year.

In summary, says UFC “these meters are well and truly designed to benefit ERDF and the electricity companies, and give very little benefit to customers”.

It has drawn up a document (in French) about misconceptions that it has identified at: True and False