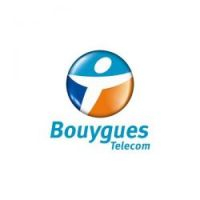 The consumer watchdog’s president, Alain Bazot, warned: “Going from four to three operators is worrying if there are no safeguards in place for customers.

“There is always the fear that prices will rise. It happened in Austria when the number of operators there dropped from four to three.”

But Maxime Lombardini, CEO of Iliad which owns rival telecoms operator Free, said that customers have no need to worry about decreased competition.

He said: “There is no reason for prices to rise. If the merger goes ahead and we are competing against two telecoms giants in Bouyges/SFR and Orange instead of three, the competition will still spur us on.

“We have every interest in maintaining offers and attractive prices to attract new subscribers. We will not change because the number of competitors has dropped from three to two.”

Bouygues Telecom, France’s third-largest mobile phone operator has filed a bid to take a controlling stake in a new company formed by the merger. It has reportedly said it would be prepared to sell its mobile network and some of its 15,000 mobile antennas to Free to increase its chances of getting a green light from authorities.

The bid is said to be about €15bn for a 46% stake, and comes after cable operator Numericable tabled an offer of around €14.75bn. A tie-up between SFR and Bouygues would create France’s biggest telecoms operator and Europe's seventh-biggest in terms of sales.

The ongoing mobile phone price war in France, sparked when Free entered the market in 2012, is a key reason behind SFR’s parent company Vivendi’s desire to offload its telecoms arm to focus on its other media businesses.

VIvendi had been preparing to split SFR into a separately listed company this summer, but is now open to offers for the business and plans to review the offers in the coming weeks.

The government has also hinted that it could weigh in to protect jobs and ensure that the operators keep promises to invest in key infrastructure.

Bouygues' chief financial officer Philippe Marien said talks had not yet begun with
authorities but insisted the group is ready to take steps to protect competition. He said: "We will do what it takes for the market to stay competitive."

He added that the new operator would also help virtual mobile operators, which rent capacity on other carriers' networks, to preserve competition.

In 2005, the three mobile phone companies then operating in France were fined €534m in November 2005 for cartel-like behaviour.