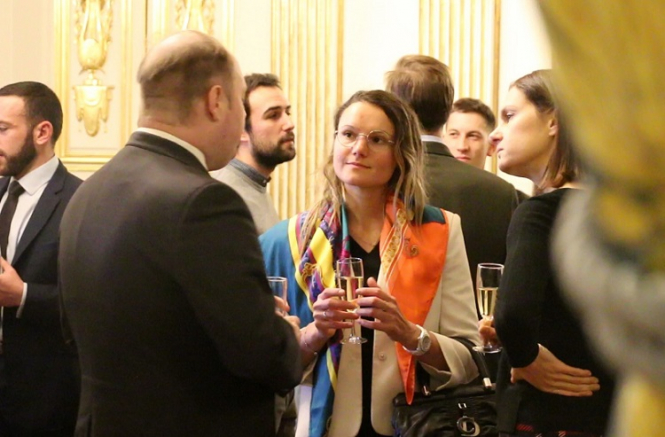 Speedy readers may be reading this before we leave the European Union but many will read after our departure.

We are now entering a period of transition – that will last until the end of 2020 – as we shape our future relationship with the EU.

The EU-UK Withdrawal Agreement protects the rights of UK nationals currently living in the EU, including those who move to France before December 31, 2020.

These include your rights to live, work and study.

It is important to know that you can also still access healthcare and collect your pension as you do now.

However, you will need to apply for a new residency permit. You will have time to apply for this – at least until June 2021.

We are working closely with French authorities and will share the information once they have finalised the residency application process.

We’ll also continue our programme of outreach meetings, with events planned in the next few weeks in Civray, Paris, Agen and La Rochelle.

Sign up to our Living in France updates to receive the latest news.

This year opens new possibilities for the strengthening of our relationship with France.

The first few weeks of the year have already been busy. The Foreign Secretary met with his French and German counterparts twice in the first two weeks of the year and issued a joint statement on January 12 demanding that Iran return to full compliance with the nuclear non-proliferation agreement.

A few days later, the Prime Minister met President Macron in Berlin in the margins of a major conference about ending the conflict in Libya. So, as we embark on a new year and decade, Franco-British cooperation has got off to a good start. 2020 promises to be a big year for relations between our countries.

We have a number of significant anniversaries coming up which remind us of the depth of our ties and how much our nations have been through together. This year we mark the 80th anniversary of the Dunkirk evacuation and Charles De Gaulle’s famous radio address over the BBC from London rallying support for the resistance. It will also be 75 years since VE day when the fighting finally ended in Europe.

But of course we will be looking towards the future as well.

Above all, at the next Franco-British summit due to take place later this year in France. We will also be working very closely with France to tackle perhaps the biggest threat of all – climate change.

With Italy, we will hold the biggest climate change summit since the 2015 Paris Agreement – in Glasgow at the end of this year.

Over 200 countries and thousands of representatives from business, finance, cities, communities and young people will attend the United Nations Climate Change Conference. Identifying strategies to ensure a sustainable future will be our priority.

France is a key partner and we will be working closely with them on initiatives such as an exciting new tidal stream energy product.

With the help of our Embassy team, ORE Catapult and 19 other French and British partners are installing up to 8 MW of new tidal energy generating capacity at sites in and around the Channel region. Through Franco-British collaboration, we are making our commitment to reducing Carbon Dioxide emissions a reality.

Here in the Embassy, we are trying to do our bit: From collecting rainwater to replenish our vegetable garden, using hybrid cars and replacing our lighting with more eco-friendly LED lights, we are making a contribution to a sustainable future.

Looking ahead, applications for the UK-France Young Leaders Programme are open.

The programme brings together highly talented French and British mid-career professionals under the age of 40 from sectors that range from science to defence to arts and culture.

Successful applicants participate in a two year programme to share experiences and ideas to strengthen the UK-France partnership and build a network of future leaders who will help shape its future. You can find more information on www.francobritish.org – please spread the word!

Applications must be in by Sunday February 9 please.

That’s it for now. I look forward to my next column in February and sharing more news with you.

14 hours ago
5
If France is not on UK's green top travel list when is next review?