Appellation system not working out for French cheese 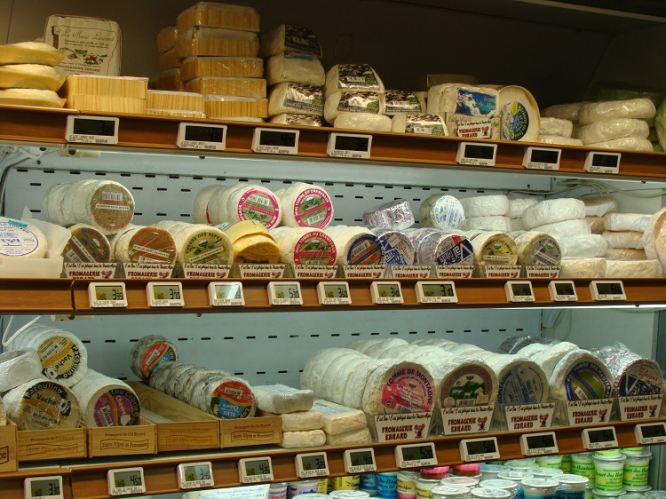 Plenty of choice... but big business has taken over the cheese board by buying independent producers and then smothering rivals
By Véronique Richez-Lerouge

The plan was for a spirit of fair and collective economic development for these distinctive products, with defined criteria of both quality and geography.

In spite of a rigorous legal arsenal to stop the production of counterfeit products, France has not been able to prevent the intrusion of multinationals into the scheme.

Even worse, large-scale agri-finance has hit at the heart of the system and nobody has stepped in to prevent it.

The AOC became the AOP (Appellation d’Origine Protégée) with the European Union and in the domain of cheese AOPs the industrial groups now lead the field and have been nicknamed ‘the invaders’.

Today, two-thirds of the 45 AOP cheeses are in the control of giant dairy producers, of which Lactalis, the leading cheese producer in the world, is the biggest.

It always uses the same formula: buying out an independent cheese producer, controlling milk collections, developing the sector for its own gain, taking power in the decision-making process and drying up the number of independent producers.

Lactalis started this strategy on AOC cheeses in 1978. Camembert, Roque­fort, then Reblochon... the list grew longer and inspired others to do the same thing. More industrialists and giant co-operatives picked up the scent of this strategy.

France has given them the keys to our local produce, betraying the appellation system with a total lack of vision. Whether due to laxity, naivety or impotence, this situation is unprecedented in the appellations sector.

Domination by industrial producers has been magnified by an agricultural policy wholly devoted to mass production, which has led to a standardisation of products, pasteurisation, the weakening of biodiversity, a downturn in quality, sometimes even a threat to the appellation system itself.

To top it all: being part of the appellation system means industrials can be represented in the public institutions in charge of the controls, and can infiltrate the professional bodies and training structures where they can exert their influence.

The final spoils of war for Lactalis were in Normandy with the buy-out of Graindorge, which makes Cam­em­bert from unpasteurised milk, Livarot, Neufchâtel and Pont-l’Evêque.

This has given the multinational a quasi-monopoly in this region, without the competitions authority lifting a finger.

If these events leave some silenced by fear, others are speaking up, seeing buy-outs continue at a steady pace.

It is time to ask questions about the real meaning of an Appellation d’Origine. What was the point of creating it if it has led to this situation?

Should we really allow our traditional skills to be monopolised like this?

Farmers and producers with strong convictions will organise resistance.

Véronique Richez-Lerouge is a journalist who founded the Association Fromages de Terroirs to fight for the recognition of non-pasteurised cheese and biodiversity, and she has created a National Cheese Day.