Cookie Consent by FreePrivacyPolicy.com Back to the UK after 18 years in France French News and Views in English | The Connexion
8 may 2021
Classifieds Currency exchange Newsletter
Login Register BASKET
Facebook Twitter

Back to the UK after 18 years in France 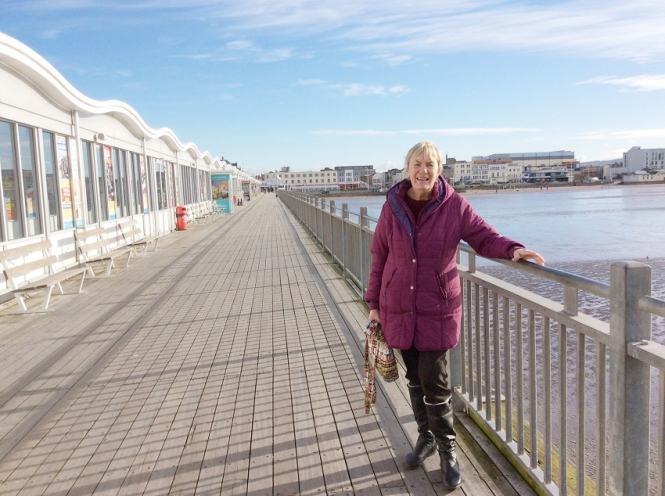 After 18 lovely years in France, I have returned to the UK.

It is not because of Brexit, which is the first question everyone asks me but due to other circumstances – and for a new challenge.

My husband died in 2016 and we had discussed coming back to the UK a couple of years before that. He always said he did not want to die in France but sadly that was the case.

Losing the love of your life, especially after 51 years of a very varied and interesting married life, leaves you bereft.

The last two years have been a rollercoaster of emotions and challenges.

I sold our house in the Aude in July but really had no idea if I wanted to come back to the UK or not, so I rented a friend’s gîte for a few months while deciding what to do. After a few visits to the UK, I decided to rent a small apartment in Weston-super-Mare, Somerset.

I cannot believe it has been such a culture shock. There are so many differences between living in France and the UK.

Traffic for one! I really do not want to drive here as the volume of traffic is horrendous, plus I have not driven on the left for 20 years or so. We thought the French were impatient drivers but the English are worse.

I find the English are more materialistic than the French, wanting all the latest gadgets and putting more importance on designer and brand names.

The supermarkets are huge, with so much choice (I had no idea there were so many different types of Ryvita, for example). Where are the markets selling fresh local produce? Everywhere is always crowded. Do we really need to shop so much in the UK?

On the other hand, there is a dearth of chemists. Only the big names, who seem to be more interested in selling cosmetics than being a proper chemist.

But – there is always a but – I have a bus pass, which is worth its weight in gold. I can use it anywhere in the UK and the local bus passes in front of my door.

The money I am saving by not running a car means I can afford a taxi now and again.

Public transport is superb and easy accessible in this region, and the taxis are much cheaper and more accessible than in France.

Meanwhile, more expensive wine means I drink less (which I needed to). The fact that there is an overwhelming choice in the shops means I have the luxury of browsing and choosing. I have found products that I had forgotten about since being in France – though I do miss the French markets.

There are too many restaurants serving fast food. The portions are enormous, which contributes to waste and obesity.

The presentation leaves a lot to be desired – and don’t get me talking about the litter they leave behind.

While I abhor the fast food chains, there is such a choice of food here from a variety of ethnic restaurants, pubs, greasy spoons and the fish and chip shop!

And while I do get embarrassed on hearing and seeing some attitudes in public places, I have found most people to be helpful and kind in unexpected situations. I call it the kindness of strangers and my neighbours are extremely friendly and helpful.

When I started looking for properties in the UK, I became quite depressed because I could not afford to buy. Compared to France, the prices are astronomical.

So reluctantly I decided to rent. My husband would not have approved as he always said renting was dead money but I have found a lovely small flat with the sea just across the road.

Again, a positive point in the UK is that you can take a short-term rental, allowing freedom to decide whether this is for you.

I can invest the capital and with a bit of budgeting have enough money to go back and forth between the UK and France, and perhaps a few other holidays.

Though, on reflection, I can possibly only live for another 13 years before the money runs out.

And though the weather is awful at the moment, if I like the area in winter (which I do) I am going to love it in the summer.

But I think the greatest advantage for me is that I don’t have to worry about the language.

It is wonderful to be able to speak in your mother tongue without trying to work out what I want to say and without some – and I do only say some – French people looking as if I have come from another planet, and without the frowns and glazed looks.

So, to anyone thinking “will I, won’t I, shall I, shan’t I” about moving back – always look for positives, which has stood me in good stead these last two years.

There are so many good things about living in both countries. It is up to you to weigh up the differences and then decide to go with the head or the heart.

I have been back in the UK two months. It will be interesting to see how I feel this time next year.