Costly lessons of living in France 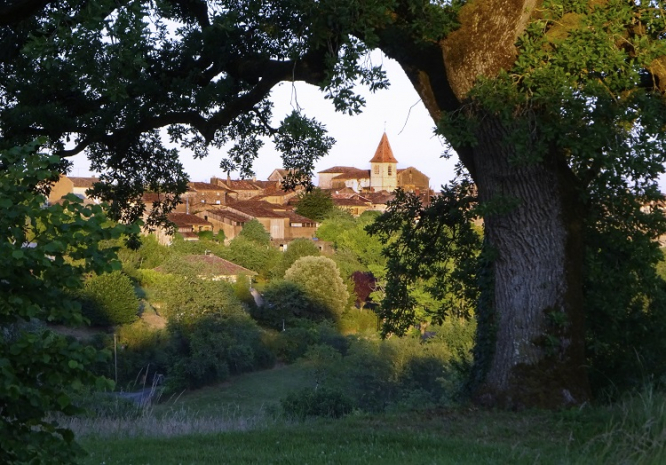 The 13th-century bastide of Monpazier, seen from a distance, was home for the author
By Michael Delahaye

It was last summer, a Sunday in late August.

As I looked through the open windows, beyond the rose-fringed terrace to the valley marking the front line of the Hundred Years War, the truth hit me: “We are going to have to leave.”

Just seven words, but they were the culmination of an association with France that went back more than three decades.

In 1988, we bought our first holiday home in a tiny hill-top village in Lot-et-Garonne.

La vie française was everything we had hoped for but within a decade we had – there was no other way to put it – fallen out of love with France and the French.

We sold up and, after a few years back in the UK, emigrated to Australia, my wife’s homeland.

But France, the old seductress, has a way of drawing one back.

During a European trip in 2013 revisiting old haunts, we bought a small pied-à-terre in the Dordogne.

Within three years we had left Australia and form-ally taken up French residency, signing up to the health system, the tax regime… and moving into a bigger house, which we imagined would be our permanent home for years to come. After all, we had been here before and learned the lessons.

But the rules of being a permanent resident are not the same as those for a second home-owner.

Our new base was that most perfect of medieval bastides, Monpazier in the Dordogne.

Founded in 1284 by English King Edward I, its current population is about 530 – with a high proportion of expats: Dutch, German, American, Antipodean and, this being “Dordogneshire”, British.

One of our first acts was to present ourselves to the mayor. Wishing to be an active citizen and having a reasonable command of French, I volunteered my services as a translator.

A few days later, an expat local sidled up to me and, in the hushed tones of one compelled to give painful advice, told me it had been noticed that I had “joined the mayor’s camp”.

Lesson 1: Joining a small community is like going to a new school – in making some friends, you will forfeit others.

Though irritating, it was a minor rite of passage.

Discovering that there was no up-to-date English guidebook of the village, despite its estimated 250,000 visitors a year, I put together a virtual one online* and was soon asked to conduct the occasional tour for English-speaking visitors.

My wife, meanwhile, joined the judging panel of the annual maisons fleuries competition.

Within a year, we couldn’t walk through the village without half a dozen double-kisses along the way.

So far as the locals were concerned, we were bien intégrés.

Lesson 2: As a permanent resident, you have to deal with officials, doctors, accountants, car mechanics, and so forth – in their language and sometimes over the phone. Don’t expect to get by with the “shopping French” of a visitor.

One of the biggest helps, we found, was to eschew the satellite dish and watch only terrestrial French TV channels, most of which are helpfully subtitled, in French.

It may sound a bit “swotty” but, with a notepad to hand, there is no better way to build up new, and refresh old, vocabulary.

Don’t believe those who rubbish French television. Particularly recommended is the excellent 20.00 news on France 2.

“But what about all that ghastly bureaucracy?’’ visiting friends would ask. There is no denying it can be tedious but…

Lesson 3: The French are masters of the creative interpretation of their own rules.

One example among many: leaving a Bergerac supermarket one rainy day, I dropped a €40 bottle of whisky, bought as a gift, in the car park.

Resisting the temptation to lick the asphalt, I went back inside to check whether the company had insurance cover for such eventualities.

The deputy manager was sympathetic but no, their policy didn’t extend beyond the building.

Five minutes later, as I queued up with a replacement, another €40 grudgingly in hand, the manager herself appeared. “Just take it,” she whispered. “We’ll sort it out…”

By now, you’re probably guessing that the only reason for our leaving has to be Brexit.

Psychologically, it came as a blow to realise we no longer “belonged” in France but we could have accepted the administrative complexities and the possible extra cost of healthcare.

Ultimately, our decision came down to the realisation that to liberté and égalité might soon be added austérité.

Our financial base was still in Australia but French taxation is global.

This meant that the income from our Australian Super Fund pensions, which Down Under is tax-free to encourage self-sufficiency in later life, was now taxed.

Fair enough, you may say, the level of taxation goes with the territory you choose to live in.

But the additional problem for us was that for decades I have worked as a freelancer, my income fluctuating wildly from year to year, even month to month.

Last year, our always-helpful French accountant warned that my “activity” was such that I could be re-classified as a “self-employed professional” – and, with it, more paperwork and still more tax.

As to how this “activity” was calculated – the number of weeks worked, the amount of euros earned? – that would be for a local tax officer to decide, year on year.

A fiscal sword would always be hanging over us… on the finest of threads.

The clincher, though, was France’s inheritance law, the droits de succession.

Many of us took comfort when in 2015 France implemented the EU regulation allowing foreign residents to choose their own national inheritance law when deciding who would get what of their estate.

What some of us chose to overlook was that the tax element of French inheritance law, death duties, remained unchanged.

To quote the website of the international tax advisers Blevins Franks: “Succession tax can therefore be quite crippling, potentially reducing the inheritance you hoped to leave to someone by more than half…

“For couples with children from previous relationships this can be a real problem.”

That was us. Our daughter – my stepdaughter – would be the beneficiary of our estate.

If she inherited from me as the surviving parent, she would face 60% inheritance tax.

Australia, by contrast, has no inheritance tax.

So, like much else, our decision came down to death and taxes.

However, channelling my inner Edith Piaf, no regrets.

The last four years have been incredibly enriching – a chance to live in another culture and, metaphorically, another skin, in a film-set medieval village that oozes history from every stone.

We may have paid for the privilege but, looked at another way, it has been an experience money couldn’t buy.