Europeans must see their destinies lie together 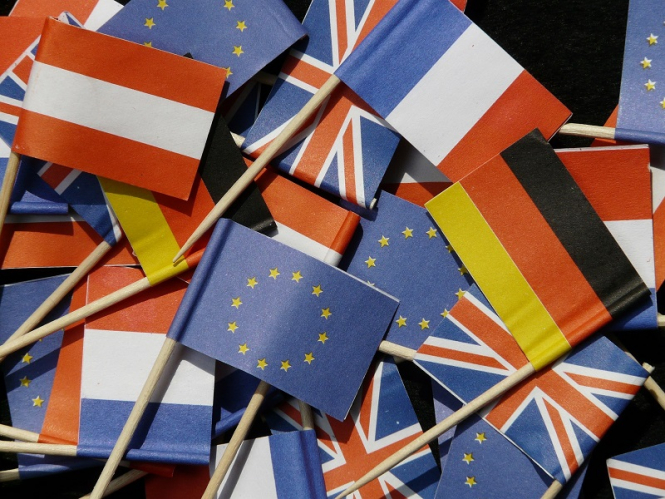 The euro has lurched from crisis to crisis and is bound to fail. Soon voters will realise that the convergence of countries saps national identity and preys on weak economies for no gain.

Disillusion will result in populist-nationalist parties winning power with a commitment to break up the Union.

That is the anti-EU thesis.

The surprise of Brexit, however, has been that 27 states with differing interests maintained a united front during three years of existential crisis. European unity has proved more than a dream.

Any recent cracks on Brexit are a return to family squabbling, not a serious falling out. There is no sign of an imminent Swexit, Grexit or Spexit. Rather the opposite: no one can work out what the British hope to gain.

Brexit has reminded Europeans that they need to think harder about how to nurture “a more united, stronger and democratic union”, a phrase from European Commission president Jean-Claude Juncker’s 2017 state of the union address that has been revived as a call to action by the commission.

And so we return to... can 28 countries really work effectively together?

Asked if it can work, Simon Usherwood, deputy director of The UK in a Changing Europe, an association of academics that aims to keep debate about the EU based on evidence and not ideology, said: “The  answer is ‘yes’ – these countries can work together because they do. It’s easy to see the crises that exist around democracy, immigration or the international system at large, but these overshadow the extensive day-to-day running of the EU that works surprisingly well.

“The real question is how to match capabilities and expectations.

“All political organisations – national, supranational, subnational – have the same problem of communicating a realistic view of what they can do.”

The EU has to be seen not only as a decision-making forum but also as a sort of conjuring trick in which all members appear to benefit. They must seem to be equally powerful when it is clear they are not.

British Labour MP Dame Margaret Hodge, having observed the European Parliament at work, said: “Having 28 different countries all wanting to get their five minutes-worth of entry into the debate meant you never really got any interaction or real debate going on the issues.

It was just that everybody had their say and somehow the deal was done outside the room.”

Co-habitation requires a mutual belief that all problems can be resolved. And problems there inevitably are when so many states try to co-operate with each other on so many matters, as we have heard throughout the Brexit debate and from candidates in the French presidential election of 2017.

The Greek debt crisis was a shock to the Euro body politic, democracy is said to be under threat in Hungary, and anti-EU populists in many countries are eating away at the complacency of elites.

These issues could be raised in evidence that the EU is stumbling towards its demise. However, the real threat to European harmony comes from people who feel they have nothing to gain from the EU.

The European Commission tries to play down the size of anti-EU protest but it takes a keen interest nevertheless. Last year it published a report which warned that uneven development across the continent was creating “left-behind places”.

In these locations, resentment breeds and the idea that the abolition of the EU would end immigration and unemployment finds willing listeners.

The guilty secret of the EU is that disadvantage is the unavoidable counterpart of advantage. Its policies of freeing up the internal market create both winners and losers.

The freedom for workers to move is a boon for those who are young, mobile and with skills in demand, but it generates two sorts of problems.

One is that, when migrants leave to work in richer economies, the result is a brain drain and depopulation of rural areas in their home countries, exacerbating economic decline.

Malika Hattab-Christmann, an economist at Paul Sabatier University, Toulouse, said: “The challenge is that conditions are very different in its member countries.

They have unequal levels of development, higher or lower salaries, more or less competitive economies, and so on.

“So far, the EU has proved more interested in liberalising markets in the face of globalisation than in the needs of workers and their rights.”

This leads to “social dumping”, with  workers from a poorer country willing to work longer hours for less pay in, say, France, than local workers.

It causes salaries to be depressed and contracts to become less secure.

The European Commission’s answer is that we must have faith and keep going in the same direction.

The idea is that over the long term salaries will rise everywhere.

Mr Usherwood points to the example of Ireland, once a country of emigration but now one which attracts migrant workers from elsewhere.

In other words, we must accept pain in the short term for long-term gain.

Eventually, the union will become a cluster of interrelated states which can achieve economies of scale that allow European industry to compete with the giant corporations of the US and China.

There is, according to Eurocrats, a straight choice between integration and fragmentation: a poor and ineffectual Europe in the future or one that can pull its weight and attract business.

The challenge is to get this message across to the people so that a majority believe it is in their common interests to move in the same direction and accept inconveniences in return for future benefits.

There has to be an answer to Europhobes who claim they are being asked to sacrifice national autonomy and identity on the altar of homogenisation and integration.

The process of co-operation could be made less arduous if Brussels would learn to think less like Brussels, if its technocrats could realise what it is like to live in the provinces.

The debate about integration is often entirely about economics, with a dash of scaremongering about political union. But there is more to international neighbourliness.

To keep ordinary Europeans on board, there needs to be greater emphasis on social and cultural integration. Living standards are as much about solidarity as competition, about celebrating European values as about passing legislation.

The success will depend on people across the continent perceiving their destinies travelling the same route.

A good example is the Erasmus programme where students spend a year abroad, learning that they all have the same concerns and aspirations.

True union may only be forged by future generations for whom chauvinist rhetoric and petty national jealousies become reduced to irrelevancies in an increasingly globalised world.

What is more, combatting climate change is going to take serious inter-national co-operation. The EU is far from perfect and its members far from aligned in all things, but it is a good start towards implementing decisions on behalf of a threatened world.