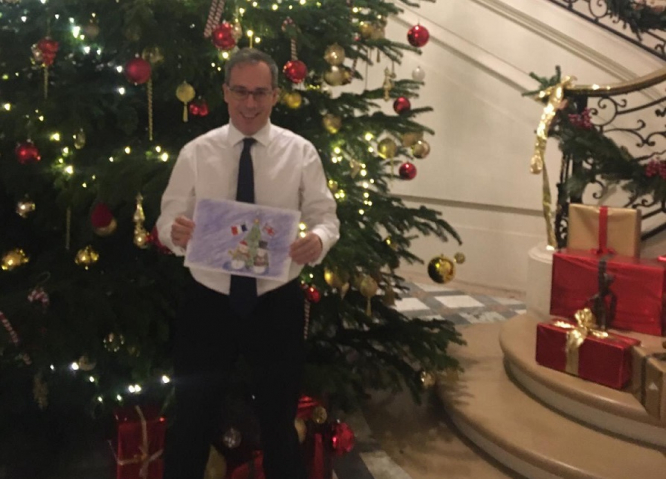 One of the many things that France does particularly well is the New Year. After the Christmas festivities, the late December-January period can feel flat and grey.

But with typical Gallic flair, our French voisins welcome in the New Year with a month of celebrations and look ahead to what the year has in store.

With a new British Government in place, I am looking forward to a new chapter between France and Britain, and the rest of Europe.

The priority for us will be negotiating a strong new partnership that is good for citizens, for businesses and for diplomatic ties. Next comes a range of international issues on which the UK and France will be working together in the year ahead.

Building on France’s excellent G7 programme in 2019, we will be looking ahead to UK G7 leadership in 2021, as well as working together on some of the most difficult challenges in Iran, Libya and Syria.

In June, we commemorate the 80th anniversary of General de Gaulle’s famous “Appel” urging the French to resist, broadcast over the BBC from London.

Early summer will also see a number of international moments to mark the French co-hosting of “Beijing +25”, the 1995 Declaration which outlined the world’s most progressive blueprint for advancing women’s rights.

The UK and France will lead a task force looking at the impact of climate change on women in particular.

Then comes COP26, the vital climate change conference which the UK and Italy are co-hosting in Glasgow in December.

Five years on from the Paris Agreement to limit greenhouse gas emissions, we will be leading the rest of the world for cleaner energy, a more resilient future and flourishing nature, supported by green financial systems.

Alongside events such as the UK-Africa Investment Summit and the Time for Justice Conference on sexual violence, the UK will be helping to deal with the major issues facing the world today.

Last, but by no means least, 2020 will mark 10 years since the Lancaster House Treaty, which has taken Franco-British defence and security cooperation to a new level. Our mutual commitment to each other’s security is unwavering and will form the basis of the next UK-France Summit.

These discussions will, I am sure, reflect the best of what the UK offers: world-leading innovation and collaboration in science or sport; educational and cultural exchange that values the talent and commitment of our people; and resolute partnership when it comes to tackling the issues that will shape our future, from climate change to terrorism.

I feel tremendous optimism as we enter the 2020s. As President Macron put it, France and Britain will remain at each other’s side.

My team at the embassy will be busy forging new links, but we will also be continuing our outreach activities across France – so please do look at our gov.uk/livinginFrance webpages and come and say hello.

Bonne année to you all!