'Mothers, don’t be put off – breastfeeding is your right' 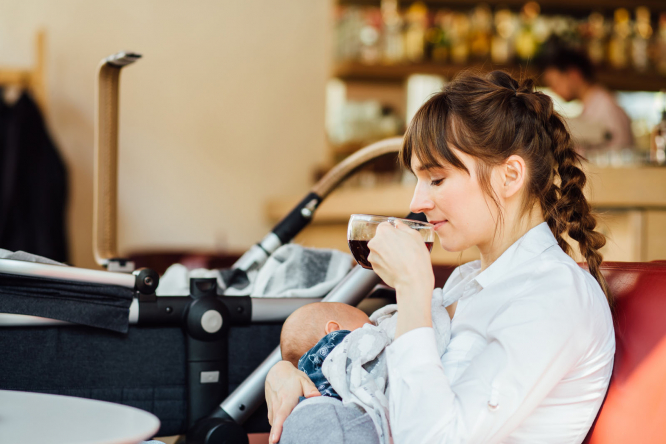 French MPs have voted to reinforce the right to feed in public but it has yet to go to the Senate Pic: Iryna Inshyna / Shutterstock

Breastfeeding has become more popular in France in recent years and MPs have voted to reinforce the right to feed in public after several incidents of aggression or exclusion towards mothers.

Reports included a mother at Disneyland Paris being told by security guards she could only breastfeed in changing rooms. Disneyland later apologised.

In other cases, a woman was slapped by another woman on a tram in Bordeaux, a breastfeeding mother was ordered out of a shop in the seaside resort Biscarrosse, and in Amiens, a mother in a government building waiting room was told to get out.

A spokeswoman for an association promoting breastfeeding said such publicity can have a negative side.

“You wouldn’t have heard about it 10-15 years ago but now each time it happens there’s buzz on the internet. It has a positive side, as it gets people talking about breastfeeding and the fact that women have the right to do it wherever they like.

“I am all for organisations being held to account when incidents come up, but I do worry that future mothers might be put off because they fear they will face problems like this.”

LREM MP Fiona Lazar has now introduced a law to make it an offence to interfere with or harass a mother breastfeeding in public. Presenting it, she said: “It is unacceptable in this Republic that some sort of twisted morality, which turns sometimes to intimidation and violence, should affect young breastfeeding mothers.”

She wants a law to spell out “in black and white” that breastfeeding in public is a right.

The bill was passed by MPs but has yet to go to the Senate.

Ms Didierjean-Jouveau said “there have always been some incidents” but she has discussed the issue with “masses of women for a long time and it’s really very rare they say they have faced this kind of thing”.

She added: “They are much more likely to get comments from family, such as mothers-in- law, than from strangers.”

Unicef figures show breastfeeding to be more common in most other high-income countries, apart from Ireland, but Ms Didierjean-Jouveau does not think the French have a particular problem with it.

However, she said French child development specialists often discourage doing it “too long”, whereas she feels it should be up to the mother to decide.

The World Health Organization (WHO) recommends six months of exclusive breastfeeding and up to two years along with other food.

There are health and relationship benefits to both mother and child, Ms Didierjean-Jouveau said. In her view, those that make remarks often have psychological reasons for it.

“It’s never really a neutral subject for people. It brings up feelings linked to your own experience as a baby and about what you did or didn’t do for your own children. Parents or grandparents who didn’t breastfeed, or did it in a different way, or not for long, may feel it as a criticism.”

French law proposed to protect women from abuse when breastfeeding

Most herbes de Provence sold in shops are not authentically French
17 September 2021
More from Opinion
More from Connexion
Get news, views and information from France
Join the newsletter
Subscribe to The Connexion