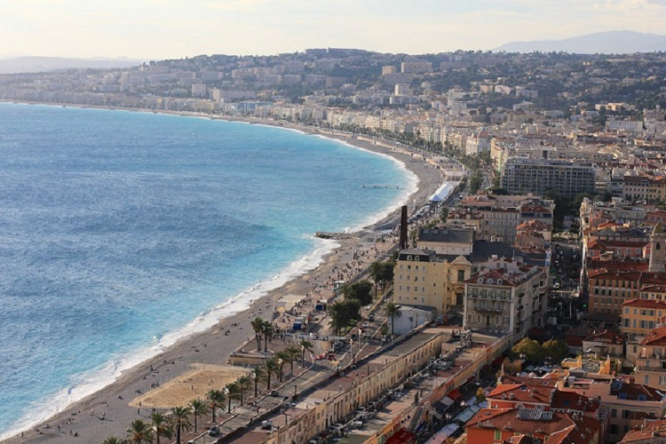 Aside from the devastating human cost of the atrocity in Nice on Bastille Day, a political problem now rears its head for the French state that will be deeply difficult to resolve.

It is all very well — as the French people are now doing — to blame the government that is presently running France, but is unlikely to run it for much longer. It is hard to see, without measures of real repression that would be fraught with risks themselves, just how France begins to deal with the problem of individual radicalised fanatics who are determined to go out among peaceable, harmless people and to murder them in the largest numbers possible.

The ugly mood among the public in France was emphasised when Manuel Valls, the prime minister, went to Nice on the Monday after the murders and was roundly booed and heckled at what was supposed to be a solemn ceremony of remembrance.

France sees itself, with some justification, not just as intensely vulnerable to terrorism but apparently being singled out for it. The Charlie Hebdo massacre in January 2015 and the attacks on Paris last November took a heavy toll, with Nice now on top of those horrors: but Belgium and Germany have also witnessed lesser crimes, and the British public are constantly being told that, but for the excellence of the British police and intelligence services, there would have been an outrage in the last year or two on British soil.

That brings us to the first charge the Hollande administration has to answer: how good are France’s intelligence services? How much is known about what goes on in the banlieue, not just on the outskirts of Paris but in cities such as Marseille, Toulouse, Lyon or Nantes?

The areas of concern have, for a long time, been largely no-go areas for the police: are they more porous to their undercover operatives, for the purposes of intelligence gathering? We do not know, but on recent form, the answer is probably no.

One wonders what resolve the present administration has to deal with such fundamentals this side of next April’s election. The fact is that the Parti Socialiste already looked doomed, but a failure to convince the public in the next few weeks that it is cleaning up the nasty terrorist underbelly of the nation will be the last nail in its coffin.

It is quite clear that there is public anger in France on a scale not seen since the Algerian crisis in the early 1960s. Nicolas Sarkozy sounded off after the Bastille Day attack with all the adjectives and adverbs we have come to expect of him about how he would wage war on the terrorists: his two main rivals for Les Républicains nomination, Alain Juppé and François Fillon, have been more guarded. An alternative government, or at least one formed by any of them, would find the problem just as intractable, and a wise politician at this stage does not make himself a hostage to fortune.

France is especially vulnerable for several reasons. It has a large Muslim population, because of the legacy of North African colonialism and the decision in the 1960s to invite large numbers of men from Algeria and Tunisia to provide cheap labour at a time when the economy was booming.

Eventually their wives and children were allowed to join them. They were directed to live in what were little better than workers’ barracks in grim outer suburbs of big cities and the measures taken to integrate them into French society were largely non-existent. They suffered prejudice and a legacy of high unemployment. It is the joblessness in some of these communities, where more than half of men under 25 have no work, that is the great recruiting sergeant for those who aim to radicalise them.

France has been an active military participant against Islamic extremism in sub-Saharan Africa and the Middle East. At home, it has been resolute that the code of laïcité should apply as rigorously to Muslims as it does to Catholic, Protestant or Jewish Frenchmen and women. Unfortunately, Muslim French see this as a provocation in a way that Catholics, Protestants and Jews do not, such as when women are told they must not cover their heads in public.

It is one thing for France to threaten all sorts of measures against extremists. It is quite another for it to have the means to carry them out, or the defences to deal with the repercussions.

There have been anti-terrorist raids since Nice, but no-one imagines these are dealing with anything more than the tip of the iceberg. Huge round-ups may be necessary. Civil liberties and human rights considerations may go out of the window. What steps are under way to improve intelligence? And how do the French people know that, for every one radicalised trainee terrorist who is rounded up, five or six are not coming over France’s entirely porous land borders to replace them?

Marine Le Pen is able to talk tough about this last point because, under her vision of the future, France leaves the EU, can close its borders to those it does not like the look of, and can take harsh measures against those within its borders who are determined to threaten the French state and people.

There are many supporters of parties other than hers who would like to do something similar, which poses a huge threat to the progressive idea in French politics.

I have always thought Mme Le Pen would win the first round of next year’s presidential elections. Another outrage or two such as we saw in Nice and she might even do better than that. These are dangerous times for France and its politicians, and not only in the obvious way.