'Listen to the victims who dare to report domestic violence' 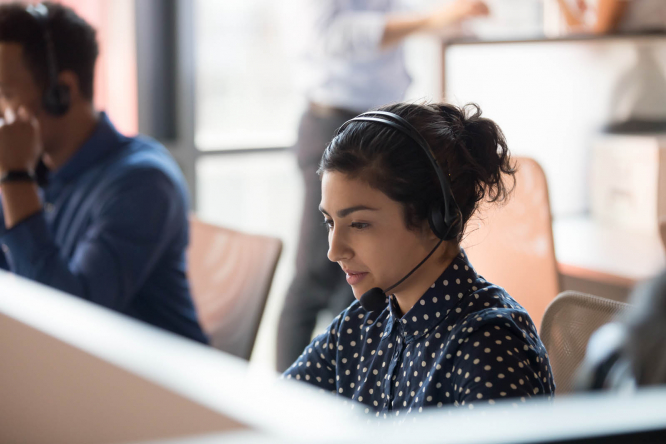 'Women’s groups, supported by organisations such as the World Health Organisation, have pointed to an epidemic of domestic violence – one that has been amplified by the coronavirus lockdowns' Pic: fizkes / Shutterstock

In an age of super-fast mass communication, it has never been easier to feel loved and united. People share their experiences of life on social media platforms every second of the day, posting intimate commentaries backed by broadcast quality videos and still pictures.

Instant messages celebrate everything from happy family gatherings to culinary triumphs, and there are also details of day-to-day woes, including illness or problems in the workplace.

There are usually life-affirming reactions in the comments underneath, offering empathy and encouragement.

So why is there so little awareness about that can and does lead to the murder of women?

The question has come into sharp focus in France following the horrific death of Julie Douib, a mother-of-two who was killed by her former partner. He fired a 9mm pistol at the 34-year-old Douib shortly after learning that the criminal case she had initiated against him for threatening behaviour, harassment and assault had been dropped.

This was very typical.

Just 18% of domestic abuse complaints are investigated, with 80% of these abandoned, according to French Justice Ministry statistics

Warning signs in Douib’s case were non-stop. Beyond reporting her problems to the police 10 times, Douib also tried to express her fears to those closest to her. No one quite understood how grave the situation was, however. Detectives evidently did not take her seriously, even though she repeatedly told them her attacker had a gun. They said they could not do anything unless he used it.

By this time, it was far too late, of course.

Douib’s last words to the neighbour who found her dying from bullet wounds at her home in L’Île-Rousse, on the Mediterranean island of Corsica, were “He’s killed me.”

Her murder, which happened in March 2019, was not an isolated one. Douib was one of 146 women who were killed in similar circumstances that year. To this figure, we must add millions more who have suffered in all kinds of other ways, including physically and mentally.

Women’s groups, supported by organisations such as the World Health Organisation, have pointed to an epidemic of domestic violence – one that has been amplified by the coronavirus lockdowns.

“Stress, the disruption of social and protective networks, loss of income and decreased access to services can all exacerbate the risk of violence for women,” according to a WHO report.

What is frighteningly clear is that being pursued by a violent man is not necessarily an easy situation to explain.

Other people ignore or underplay warnings to a scandalous degree. A complainant frequently feels too intimidated to say anything.

Given the obvious inadequacies of the internet – there is just far too much appearing – campaigners are adopting more rudimentary means of communication.

A group called Les Colleuses – the gluers – sticks messages on walls. Their latest on the Douib case simply reads “Justice for Julie”.

Another feminist organisation has persuaded bakers to wrap some of the 10billion baguettes produced in France each year in bags that contain the numbers of abuse hotlines.

This is not about tokenism. It is about seeing existing anti-abuse laws enforced, and tougher ones introduced.

The issue should not be politicised either – there needs to be more cross-party work in parliament dealing with it.

The hope is that the estimated 220,000 women who report being victims of physical or sexual violence in France every year will one day be heard and protected.

Spike in France gang violence is 'chilling consequence' of lockdowns

10 hours ago
5
Coronavirus: Daily updates on the situation in France

France’s champagne vines hit by mildew but Covid stock stops shortages
28 July 2021
More from Opinion
More from Connexion
Get news, views and information from France
Join the newsletter
Subscribe to The Connexion