Calculating the hidden cost of Brexit 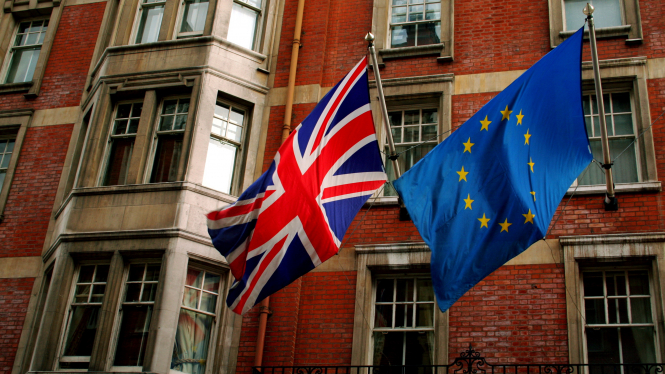 The end is in sight. There is barely six months before the UK finally leaves the EU. To date, most of the argument has been about the economic consequences of Brexit, while the actual cost of leaving only became a topic when "divorce bill" negotiations began last year.

This seemed to come as a surprise to most people, unaware that the UK had liabilities which it would have to meet. The latest figures put the final bill at £39billion, although nearly half of that will be paid during a transition period if a deal is reached, and will only amount to what the UK would have had pay as a member. Nevertheless, in March the Office for Budget Responsibility estimated the UK will repay billions of pounds for another decade, with smaller payments being necessary until 2064. It seems the divorce is going to be far from a "clean break".

A recurring theme throughout the past year has been "why is it taking so long?". Clearly the expectation was that the UK would leave "just like that", but as with many of Tommy Cooper's magic tricks, things have not worked out as expected.

During the run-up to the referendum, the Remain campaign tried to worry people with dire predictions of economic collapse. On the other hand, the Leave campaign focused on simple slogans like "take back control", or misleading but catchy statements on the side of a bus. As a result voters were led to believe that it would be a bit like cancelling a subscription to a social club, and nobody tried to explain the complexities involved.

So what could it cost, beyond the controversial "divorce bill"?

The protracted negotiations have to be done by somebody, and an army of civil servants, accountants and lawyers has had to be employed. In October last year, the UK government revealed it had employed 3,000 extra civil servants and expected to take on a further 5,000 in 2018. This was confirmed in March by a report from the Institute for Government that said thousands of new civil servants were being hired, with a 65% increase in staff at the Department for Environment, Food and Rural Affairs alone since the Brexit referendum. Their estimate was that the government would have to spend about £2billion more on the civil service, mainly for these additional staff.

Taking back control of the borders will also be expensive. An army of customs officials and border guards need to be trained. The full extent to which these will be needed will depend on the terms of any trade agreement, but recruitment must begin in advance. In October 2017, it was estimated that up to 5,000 extra staff could be necessary.

The National Audit Office said, “The number of decisions that have to be made over whether to permit people and goods to cross the border could increase significantly," with, "bespoke processes for managing the land border with Ireland and the replacement of border services currently provided by European member states." Exactly what the "bespoke processes" in Ireland will be is anybody's guess, as the much-mooted technology solutions for a "soft border" will have to extend over 500 kilometres of countryside. That will not be cheap, but the alternatives are to risk the wrath of the Irish by having a "hard" border, or the withdrawal of DUP support for the present government if Northern Ireland is treated differently to the rest of the UK.

There are a myriad of other costs which, while small in themselves, might add up to a significant sum. Basic infrastructure such as road signs and official literature will all have to be changed or re-issued. There has been much fuss over plans to revert to a blue cover for UK passports, and this may incur additional cost. The UK passport will then have the same colour as many other countries, including EU member state Croatia, but it will have to stay the same size because of USA immigration regulations. Ironically, it transpired that the costs of changing could be offset by switching production to a French company, but this seemed to take the principle of "value for money" too far. Anyway, some argue that it would be a small price to pay for such a significant symbol of independence, although it is perhaps also a symbol that independence comes at a cost.

So the bill for merely extracting the UK from the EU will be billions of pounds in purely economic terms. But recent news items suggest that the hidden cost may well be the neglect of social problems caused by the time and energy spent by government on the Brexit issue. Late last year members of the government's Social Mobility Commission all resigned because of a lack of government support. When giving evidence to the Commons Education Committee in January former chair Alan Milburn stated that, in his opinion, the government had been unable to deliver meaningful change because of their focus on the, "fiercely complex," Brexit negotiations and that they, "lacked the headspace and the bandwidth," to deal with, "the crunch issue for our country".

More recently, there was the scandal concerning the treatment of the Windrush generation of Commonwealth immigrants, who fell foul of tighter rules introduced in 2014 because they did not have formal documentation to prove their right of residence. The issue had been rumbling on for the last year or two, so it seems that the government had taken their eyes off the ball, with the result that it now smacked them squarely between the eyes. The Home Office belatedly announced the creation of a team to deal with the issue and compensation for those who have suffered, but the row continues.

There must be many other issues which the government have been unable to address properly because of the lack of "headspace" caused by their focus on the Brexit negotiations.

The NHS seems to be lurching from one crisis to another. Homelessness is a growing problem, and the sorry state of social housing has become a major concern since the Grenfell Tower disaster. With negotiations for a crucial trade agreement, concerns over the Irish border, the prospect of a second Scottish independence referendum, and the conflict within the Conservative party between hard and soft Brexiteers resulting in a spate of resignations from the government, it is difficult to see when official heads will be clear enough to deal with the country's internal problems. UK residents can only hope that the damage caused will not be irreparable, or that the benefits of life outside the EU will make up for it.