University fees hike – is this égalité? 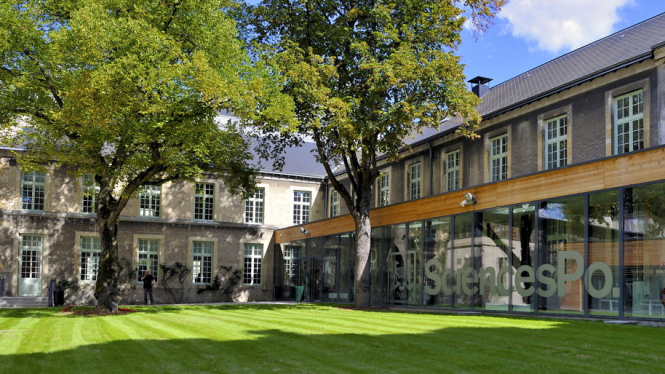 Envision this. You are a young Moroccan woman, on the cusp of graduating high school.

For the last eighteen years of your life, you have tirelessly perfected your French and worked incessantly to get good grades in school, in hopes of traveling to France to study.

All of a sudden, you are told that tuition is no longer ‘free’ for foreign students, and your hopes come crashing down, as you lose what would have been your key to better future.

Until today, any francophone student accepted into one of France’s of public universities or institutions of higher learning paid the same tuition fees to attend regardless of their nationality or income. This amounted to €170 per year for an undergraduate degree, €243 a year for a masters degree and €380 for a PhD.

However, this reform does not apply to all new foreign students. Students from the EU, the EEA, Quebec and Switzerland will continue paying the regular fees. According to Le Monde, 45% of foreign students in France are of African origin. So, it is clear that students of African origin are the ones who will be most disproportionately affected by this decisions will be students from developing countries.

Proponents to the plan argue that this will not be a problem, since the government is simultaneously promising that it will increase scholarships and waivers to cushion the fall for the students most affected. However common sense says that no matter how many scholarships are available the government will not provide financial aid to those hundreds of thousands of students mostly from economically developing nations.

For wealthy students from these nations the decision is definitely inconvenient, but in no way devastating. For less privileged students however, this reform will add to their worries. Many were already concerned about rent and daily expenses but they did not have to worry about tuition costs. For many of these students, the decisions means they may not be able to get a quality education.

This is an even bigger problem when one considers that most of the foreign students are coming from countries that have previously been French colonies or possessions. When you colonise a country for decades and enforce the teaching of your language on millions of people around the world it only seems only fair to allow them to pursue their education in the language that was imposed on them.

Faced with such a future these students may need to find alternative places to study or to vent their frustrations. For students coming from regions currently battling violent extremism, this could mean radicalisation for some of them. Dr Leah Farrall, a senior lecturer in national security at the Australian National University, claims that universities in developing nations can be breeding grounds for extremist groups. It is not hard to see that this reform can hence build anti-Western sentiments, especially from those disappointed by the government’s decision.

Considering France’s intensive fight against violent extremism, it seems rather counter-productive to follow a strategy that has a high likelihood of creating additional resentment. Furthermore, it is known that an important way to counter-extremism is by treating radicalised individuals like everyone else. Singling out francophone students of Arab and African descent by denying them the right to the same education as their French peers is thus definitely not a step towards de-radicalisation.

The reform is also likely to strain France’s relationship with the network of French-speaking countries consolidated in the Organisation Internationale de la Francophonie who have long offered France support and helped contribute to the safeguarding of the French language and cultural heritage. If France turns its back on these young students, it is turning its back on the future citizens and leaders of countries that have long been its strongest allies.

This reform will not only threaten France’s global standing but also its own domestic affairs. With an aging population with a median age of around 42 and an ever-decreasing birth rate, France is in dire need of youth to sustain its world-renowned social security system.

With sub-Saharan Africa and the Arab world having extremely high birth rates the ‘import’ of the most educated youth from these countries through their acceptance to French public universities and the subsidising of their fees may actually be saving France from the collapse of its welfare state.

Whether for the sake of justice or for practical concerns France should strongly reconsider this policy. If they do not they might as well give up the Egalité part of the motto Liberté, Egalité, Fraternité.

Hayat Aljowaily is a student in the Dual BA Program between Sciences Po Paris and Columbia University in New York. She studies political science, law, Middle Eastern studies and film and media.