What do the French really think of Britons? | Michael Delahaye 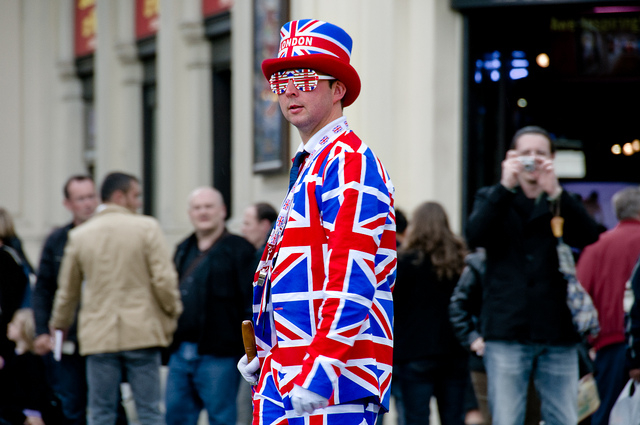 NATIONS and individuals construct self-serving narratives, and Britons living in France are no exception.

Ours goes like this: we are British, they are French – but a few centuries ago this was as much our land as theirs, with swathes of the country belonging to the English crown (yes, at this point ‘British’ has morphed into ‘English’). So we belong. You might almost say we have ‘a right of return’.

Rather more nuanced is how our French hosts regard us.

Before we bought our first French house, in the Lot-et-Garonne back in the mid-1980s, we checked out the likely reaction of our potential neighbours.

Pumped up, we introduced ourselves to other locals. Their reaction was more honest: “Eh bien, better you for a couple of months of the year than Parisians every weekend.”

At that point we thought of naming our house Faute de Mieux – an expression meaning ‘for want of a better alternative’.

Regardless, we continued our stately progress to the end of the village and were delighted to find an ancient stone gate proudly announcing itself as La Porte des Anglais. Home indeed, we thought.

A curious local, observing our proprietorial grins, explained that it was so named because 'that was where we fought you lot off back in the 1300s'.

But though we may be gatecrashers, at least we bring something to the party with us – cash. I put this to an anglophile neighbour. “Ah,” he said, raising a finger. “More than that! Not only will you give me mad money for my mother’s tumbledown ruin, but you will do it up exquisitely, in the best possible taste.”

A second finger appeared. “And you will employ local labour – so you are supporting our economy.” A third finger. “The result is that it is you British who are helping to preserve our architectural heritage. Je vous remercie, monsieur!”

Well, up to a certain point. We do not always use local labour.

Sometimes we bring over George from south London with his mate Frank, who will happily combine a couple of weeks’ holiday with a bit of cash-in-hand work. All for a fraction of what it would cost using the local man, Didier.

The French accept this – free movement of labour is a fundamental tenet of the EU – but do not expect them to like it. Just as they still loyally buy Renaults, Peugeots and Citroëns, there is a strong national feeling that you should support your local artisan.

It is why the DIY revolution was late to take off in France and one reason why a tart bought from a pâtisserie is generally more acceptable at the end of a meal than something homemade, however delicious.

That said, we do make an effort to integrate. Yes, there are the unreconstructed expats who seem to take pride in not learning the language but, with a younger influx, that is changing. Most Britons in my experience try to speak French and, although they may still play cricket, they also join the village choir, tennis club or rambling group and even get involved in local politics.

Yet when it comes to one-on-one social interaction, we can be slow learners. We are not good at ‘presenting’ ourselves – possibly because, unlike the French, we are not taught it as children. Any shopkeeper will tell you about the British who walk into their shops, heads down, pick over a few items and then leave without so much as un petit bonjour.

The way we regulate our family relations is equally puzzling to our hosts.

I once had to explain to an incredulous official that the British did not have – or even understand the concept of – a livret de famille, an official family booklet recording marriages, deaths and offspring, doubtless confirming his suspicion that we were a nation of fornicators and bastards.

You are likely to get the same reaction if, as a married couple, you try to open a bank account but with the wife wanting to use her maiden or professional name for cards and cheques.

We are, as a French friend put it, like a species of non-native wildlife – invasive, but always worthy of study.

In Henry V, Shakespeare’s confrontational play about the French, Shakespeare has the Chorus describe France as “the world’s best garden”, and this is surely what ultimately binds us: that our hosts appreciate how much we appreciate their incomparably beautiful country. So much so, that we want them to share it with us.