UK and US politics is a farce – France shows the way 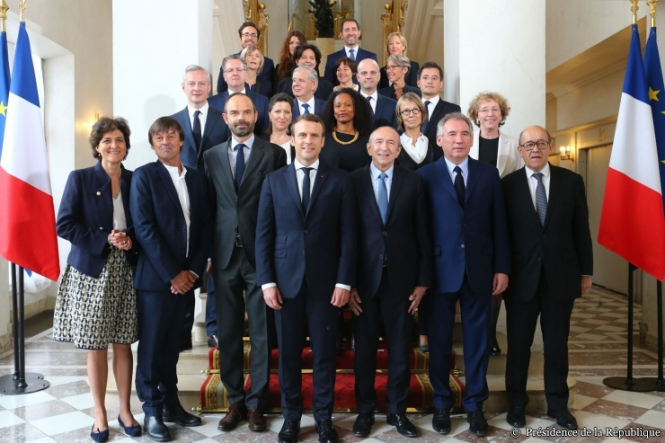 In contrast to the shambolic farce which is now US and UK politics, the French have kept their heads. Forget hung parliaments, dodgy referendums, reality-star presidents, will-we/won't-we divorce proceedings, 'covfefe' tweets, rows with spy-masters, and alliances with creationists and round-earthers.

The French have elected a smart young president out of the same political drawer as Obama and Trudeau and gifted him with a solid parliamentary majority so he can enact the far-reaching changes mapped out in his manifesto.

His proposals touch every area of French life including employment law, health care, environmental protection and even political transparency - and if enacted, will change France forever. Nay-sayers on the sidelines, particularly commentators from outside France, carp that less than half the electorate turned out for the legislative elections on June 11 and 18. "It weakens his mandate," they bitch. "And anyway, he's got almost no political experience, and many of his would-be MPs have none at all."

That's nonsense. The low turnout on June 11 was simply because those who don't support him nevertheless know that unless he succeeds, Marine Le Pen could be next into the Palais d'Elysée. Chirac (1995-2007) had his hands tied by a parliamentary minority and nothing much got done. Sarkozy (2007-2012) steamed into office promising change but was all talk and no walk, and Hollande (2012-1017) who also promised change, earned the nickname Flanby for his disastrous flip-flop policies and appearance on the back of a scooter which embarrassed the French because it made him a laughing-stock.

So make no mistake, the French electorate have wanted change for decades, and this is the last chance.

Take employment: it's mad that employers can't sack anyone, even if employees permanently down tools or steal from their employer.

And if an employer ever does manage to sack someone, the job itself remains and by law it has to be filled. So if you hire someone, you'll have to hire them forever.

This makes employers reluctant to hire staff, so people end up on benefits or working on the black. Or half on the black; officially working part-time, but completing their hours on the black.

It's also mad that the self-employed have to pay their own social security contributions twice: as employees as well as their own employers. It is a huge barrier to setting up a small business in France.

The French know it, Merkel knows it, and so does Macron.

Of course, there are the famous French unions. They are possibly the most vociferous in the world, and the most determined to fight for their rights. They fought off Balladur's labour reforms in 1994, Juppé's pension reforms in 1995, Fillon's proposed education reforms in 2005, and on it goes: Sarkozy's reforms were watered down, Hollande's feeble efforts died at birth, and during his presidency only the Loi Macron was ruthlessly pushed through.

So our new president has form when it comes to facing down the unions, and my money is on him doing it again. And fast. I think we'll see him move at lightning pace this summer, while the union leaders are on their long summer holidays.

I want France to be a start-up nation. A nation that thinks and moves like a start-up. #VivaTech pic.twitter.com/rCV2Yz0sNw

Once the nation's kids are safely back in school, the unions will be out in force and inevitably the loony extremists (both left and right) will do their best to trip him up. But, thank God, I don't think he'll fall over or back down.

He has a solid majority and the force of personality to stand up to them all, just as he stood up to King Covfefe over climate change. Merkel, Trudeau and Obama will have his back, and finally Macron will change things in France.

We'd all better pray he does, too. Because if he doesn't, he'll get the boot because outside the plush centre of Paris many families are desperately scraping a living on benefits, working on the black, struggling with a dysfunctional educational system and being held back by endemic racism.

If Macron can't make their lives better, they'll vote Le Pen. What other choice do they have? They've tried the Républicains, they've tried the Socialists, now they're trying a Bromance Brother. If he doesn't come through for them, then they'll turn to the Fascists.

That's why people who don't support Macron didn't vote against him in the legislative elections. "Since he's so keen," they thought, "let's see what he can do. Let his fans give him a landslide if they like." Count abstentions as "all right show us" votes, and the sniping about Macron's mandate is seen for what it is: misplaced commentary from people who misunderstand the desperate longing for change in France.