What does a hung parliament mean for Brexit talks? 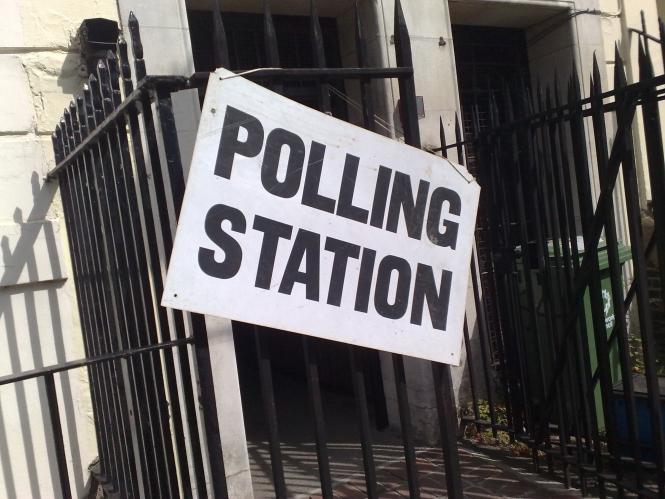 The Connexion spoke to two political analysts (one either side of the Channel) about the UK General Election, which has resulted in a hung parliament, and what it will mean for the Brexit negotiations – apart from the fact they will start two months later than planned.

International relations analyst Philippe Moreau Defarges, of the IFRI institute in Paris, said holding the election has been a failure for Theresa May – and the prospects for Brexit are very bad.

Winning with fewer seats than before (a majority of 17) is a defeat, not a victory, meaning the election has been pointless, he said.

Some Conservatives might now demand she be replaced as Prime Minister, he said. “I think there would be a coup against her, like when Thatcher was removed.”

“For her to consider it a victory she needed to have increased her majority by at least 50 seats.

“Either way, however, I think these elections will have no importance. Whether she wants it or not we are, alas, going towards a hard Brexit.

“Europe has been through a very difficult time and will want to reaffirm its unity. And the best way to do that is to have a common enemy, or if not an 'enemy' then at least someone to bash…

“Whatever the result may have been it will change nothing and her gamble will not have paid off.

“If it had been a major victory for her then the EU27 might have taken it that the British really do want to go, so they would have been tough on them.”

He added: “The prospects for Brexit are very bad, in my view. There will be interminable discussions and the two years will pass without an agreement being reached – and there is certainly a risk the UK will leave with nothing.

“The vote for Brexit was a daft thing to do and I think the British are going to pay for it.”

Manchester University professor of government Colin Talbot said: “The problem is that basically we don’t know what Mrs May wants from the Brexit negotiations.

“Some people think the reason she went for an election was to get a large majority so she could then face down the extreme elements and push through a closer relationship with the EU than they would want. But there’s no evidence for that because she’s refused to say anything apart from that she wants the ‘best deal for Britain’, but we don’t know what she thinks that is.”

Prof Talbot said however the Brexit white paper had already revealed that Mrs May was not aiming for the UK to be part of either the single market or the customs union.

“Many people were surprised about that because it doesn’t take that much to be part of the customs union: Turkey is part of it. She’s already given away a lot, which makes it difficult for it to be anything other than a fairly hard Brexit.

“But there are still possibilities for negotiation, however they’ve given away nothing, and I’m not even really sure they know themselves what they want.”

Prof Talbot said most opinion poll evidence showed that most people would prefer to stay in the single market.

“She’s deliberately moved outside of that – I think because she wanted to consolidate her position inside the party, especially with the base of the party, which is much more Eurosceptic than the parliamentary party, and mostly she wanted to win Ukip voters.”

The Conservatives had been successful in winning voters away from Ukip – but whether or not they would now move towards a more moderate position was unclear.

“The first signs of where she’s going will be next week some time, to see who she appoints to what roles, because she’s bound to have a post-election re-shuffle of the cabinet.”

Latterly, Prof Talbot said, the holders of the biggest ministerial jobs have been kept mostly out of the limelight – although Boris Johnson was ‘wheeled out’ when there was a wobble when Ukip improved a little in the polls.

Due to ‘purdah’ rules in the run-up to the election, the British civil service will have been ‘sitting on their hands’, he added, and the UK is likely to go into the negotiations in 10 days’ time “appallingly badly prepared”.

Some commentators have raised fears that a tough, inflexible bargaining approach by Mrs May could lead to Britain crashing out with no deal. Prof Talbot said this was a great concern, but again, it was hard to know how likely it was.

“I don’t know how much of that was posturing in the run-up to the General Election – trying to win over sceptical Tory and Ukip voters by posing as hardline – and how much of it is real. We won’t know until we know.”

However, it would be “appalling” for expat rights on both sides if there was no deal, he said. It would also be a shock to the UK economy, for three million people, many in essential jobs, to suddenly find their rights “up in the air”.

He said a survey had already showed that EU27 academic staff were starting to leave.

“The real issue will not just be the short-term, but in the long-term who protects their rights. If in future a British government decides to do things that are not in the agreement, what jurisdiction will stop that happening?”

A big majority could have helped her to face down the opposition inside the Tory Party and say ‘there has to be some international body with jurisdiction on this and we can’t possible expect it would be the UK courts adjudicating on this’.

“Or will she say: ‘under no circumstances will I allow the EU courts to have any say at all on anything we’ve agreed’? In which case they would be in serious trouble about what the arrangements for citizens’ rights will be.

“I think that on the issue of citizens’ rights it has to be the ECJ because there’s no other international body that could adjudicate on that. If it was about trade, it could be dealt with through the WTO.”

At present, Prof Talbot added, the UK does not have the capacity to take all EU27 citizens through the current cumbersome application process for a residence card, which he said had been based on that for non-EU citizens.

“It’s clearly designed to deter people from applying for leave to remain.”

If they want to allow all three million to stay, a completely new system, more fit for purpose, will have to be designed, he said.

“The Financial Times estimated it would take them 144 years to process everyone if the system is not changed.”