French baguettes are just too mundane to be a Unesco listing 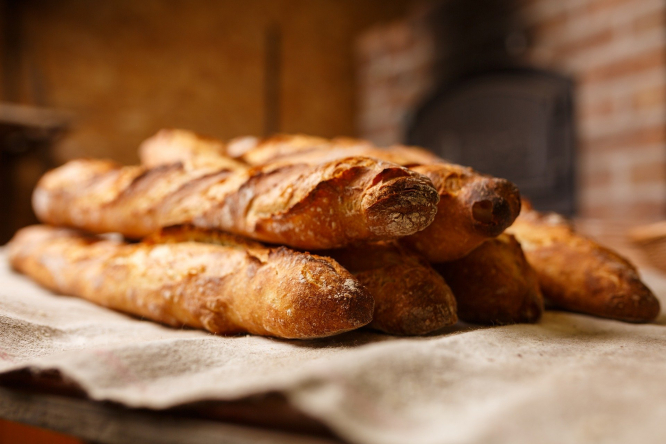 President Emmanuel Macron himself has, since 2018, been in favour of the baguette entering onto Unesco’s list
By Natasha Dangoor

Baguettes are far more than an emblematic feature of your stereotypical caricature; they form an integral part of the daily ritual for many people in France.

The country’s Culture Minister Roselyne Bachelot has just selected to put forward the baguette as a candidate for a place on Unesco’s 2022 List of the Intangible Cultural Heritage of Humanity.

It beat off national competition from the zinc-plated rooftops of Paris and the the annual Arbois wine festival in Jura (Bourgogne-Franche-Comté).

A decision will be made next year on whether the bid will succeed.

Baguettes are undeniably a national treasure and something that other countries simply cannot finesse.

Around six billion baguettes are sold each year in France, bakers’ union the Confédération Nationale de la Boulangerie-Pâtisserie Française states, and even more have been purchased during the Covid-19 pandemic.

President Emmanuel Macron himself has, since 2018, been in favour of the baguette entering onto Unesco’s list.

But how can the baguette compare to other Unesco listings such as the Budima dance of Zambia or Charfia fishing in the Kerkennah Islands of Tunisia.

How can a mere piece of bread, regardless of its popularity and widespread appreciation, become listed among some of the most niche and specialised traditions of the world? The intangible heritage marker should be limited to the likes of cultural rituals, artistic customs, performing arts and communal practices.

There are, of course, many French bakers who are in favour of listing the treasured baguette as an intangible heritage. Among them is Valerie Petitjean, boulangère at one of Paris’ Paul branches. “By protecting the baguette, we are protecting our country’s legacy and culture,” she said.

Claire Dalle, development manager at the Ecole de Boulangerie et de Pâtisserie de Paris, told The Connexion that “the baguette is a French symbol; its taste, texture, the colour of its crust and its marbling are all associated with a quality product whose know-how must not be lost.”

Yet, the consequences of listing the baguette ought to be considered.

It would mean that other famous national foods should become listed too. France’s baguette is arguably as ordinary as a hamburger in the US or roast beef in England. That is not to say it isn’t important but that it is too mundane.

By registering the baguette as an intangible heritage, its banality could decrease the value of other Unesco listings. Conversely, the speciality of zinc-plated rooftops or a remote wine festival are more deserving of being preserved in this way.

There are indeed some foods which are intangible heritages, such as the Neapolitan art of pizza twirling. But this is an art, one that is niche and particular to Naples and less known elsewhere. The baguette is too mainstream to be recognised in the same way.

As Ms Dalle rightly points out, “in the context of globalisation and increasing industrialisation, this recognition will promote the profession and reinforce the visibility of artisan bakers.”

But given that one of the aims of Unesco listings is to save traditions from globalisation, surely it is more important to place emphasis on the more hidden ones which need protection the most?

The traditional baguette is already protected by a French law put in place in 1993. It states that the baguette must be made from four ingredients only: wheat flour, water, yeast and salt. It must not be frozen or contain added preservatives. This way, it is protected as a traditional food, rather than a historical heritage.

Yes, the baguette is a historic and well-established French symbol, and yes, it is quintessential to French culture, something we would never want to lose. But the baguette is much too renowned to become an intangible heritage and would pose a severe threat to other traditions that risk being neglected.

baguette
Unesco
More from Your views
More from Connexion

10 hours ago
3
French farmhouse renovation: DIY tricks to get rid of rats

Understand Currency Exchange*
More from Your views
More from Connexion
Get news, views and information from France
Join the newsletter
Subscribe to The Connexion