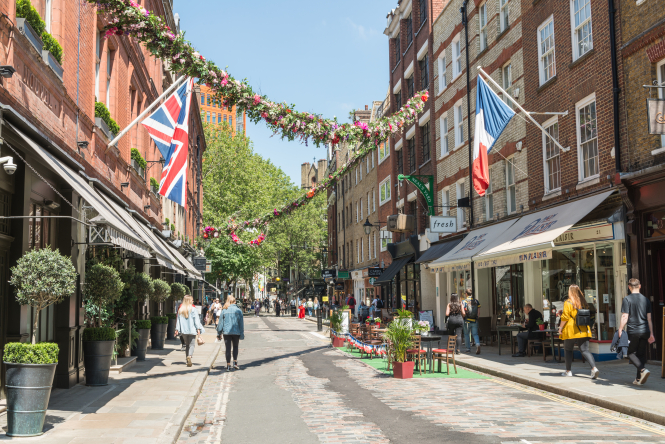 The news that the UK is to lift quarantine restrictions on fully vaccinated travellers from France on Sunday (August 8) - 20 days after it lifted them for all other EU countries - has been warmly welcomed by French nationals living in London, but caution remains.

Covid-related rules have hindered travel between the UK and France for a long time and almost all of 2021, meaning families being separated and special occasions being missed.

When the UK government announced in mid-July that all fully vaccinated travellers from the EU and US could travel to the country without having to quarantine, it was a relief for many.

Not so for French people living in the UK or their families in France, as France was the only country added to the UK’s special amber plus list, meaning that, vaccinated or not, a 10-day quarantine on arrival - or return - was necessary.

I asked members of the French community in London for their views following the UK government’s decision to finally end quarantine for vaccinated travellers from France.

Julie Danel, head of business development at a French magazine in London, who is working from home because she just came back from France a few days ago, said: “I was impatiently waiting for the quarantine measures to be lifted because my relatives based in France have not been able to visit me for over a year.

Guillaume Loyau, a French photographer who has been living in London for 15 years, is pleased but said: “For more than a week, rumours were circulating in the press that the quarantine would eventually be scrapped, but in the current context where information about the spread of the virus changes all the time, we never know which way the wind is blowing.

“I had my second jab on Wednesday, which means that I will be allowed to travel to France in seven days without needing Covid-19 tests before and upon arrival.”

He is cautious about booking a trip though, as he knows from past experience that the Covid situation can change rapidly.

“In France, Covid-19 cases are on the rise again (and in some regions at an alarming rate),  so I am taking a wait-and-see approach until the situation has settled down.”

Olivier Boudard launched a petition on July 19 calling for France to be treated the same as all other countries on the UK’s amber travel list. His petition gathered more than 17,000 signatures.

He said, “the decision announced on Wednesday evening finally allows thousands of families to reunite after many arduous months.

“I came back to London last weekend and am therefore in quarantine despite being fully vaccinated, but it was still crucial for me to continue to push for the quarantine measures to be lifted.”

Pedro, a journalism student who lives in London, is satisfied.

“It was not only discriminatory and horrible for people who could not work from home and therefore could not quarantine, but the lifting of quarantine will improve many things, and it will bring tourists back to London.”

On Thursday, the day after the UK government’s travel update was announced, I went for a stroll around South Kensington. - London’s French quarter.

The Natural History Museum, the Science Museum and the V&A are next to the French Institute and the Lycée Français Charles de Gaulle. The French Consulate is a few blocks away.

Usually, one can hear people speaking French, but it was hard to bump into a French person on the streets. The Lycée is closed for the school holidays.

I had the feeling French expats had disappeared. Perhaps most of them were on holiday or self-isolating.

I went into the burger restaurant Big Ferdinand and asked a French waiter, who did not want to give his name, what he thought of the good news.

“I am not concerned as I work here and I haven’t travelled since the Covid restrictions. Unlike most French people, I haven’t gone back and forth.”

With quarantine measures now lifted, perhaps this little slice of France in London will soon be bustling again with “bonjour” and “ça va”.

covid-19 travel
quarantine
More from Your views
More from Connexion

Most herbes de Provence sold in shops are not authentically French
17 September 2021
More from Your views
More from Connexion
Get news, views and information from France
Join the newsletter
Subscribe to The Connexion