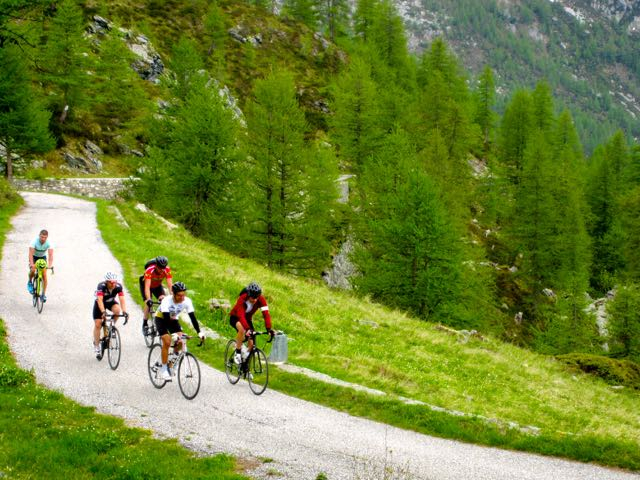 After the Tour de France comes the Cent Cols Challenge. Gone are the crowds, the razzamatazz and the glare of the world’s media. Instead, a couple of dozen cyclists set out to beat the odds, exceed their personal expectations and finish a race in which there are no winners and no losers.

The route winds its way through some of Europe’s most isolated spots, deliberately chosen to be unforgiving and far from civilisation: no bunting, no advertising, no start or finish lines, no spectators, no coloured jerseys. Accommodation is basic and the food is nutritious and plentiful.

The Cent Cols Challenge involves cycling up 100 categorised climbs in just 10 days. There is only one rest day halfway through. Cyclists ride about 200km a day, climbing around 4,000m as they go. There are rides in many different locations – including this month in the Pyrenees from September 13-25, and the pace is deliberately set to be almost impossible.

Founder Phil Deeker, 59, says the idea sprang from his own passion for endurance cycling. “I love to cycle up mountains,” he said, “and the thrill of getting to the top is addictive. So I just figured other people would like to do it too.” And they do. Places are limited to 34, but groups are usually around 25 people, most of them men, although Deeker says some women do enter.

He says the Cent Cols Challenge is not just about pedalling about on a push-bike. It is an endurance event which is so difficult that even attempting it is life-transforming. “Nowadays, in the modern world, we’re not often physically challenged. We don’t know what we’re capable of doing. This challenge provides an opportunity to find out.”

In preparation, entrants have to spend many hours in the saddle, he says, and that is actually part of the challenge. “You need discipline to train properly, and be prepared. You have to shift your priorities.”

It is not merely a physical test of strength. Deeker says the qualities needed to succeed are determination, resilience, generosity, humility and humour. Some people start off with a testosterone-charged attitude, but he says that does not last more than a couple of days, before people begin to realise that more than brute strength is required, and merely finishing will be an achievement.

“It’s a chance to test your limits. Faced with a mountain, you discover who you are, you get out of your comfort zone,” says Deeker. “It’s a very personal challenge and yet because people do it in a group it also becomes a group effort. People ride slower than they need in order to stay with someone at the back of the pack, people encourage each other.”

“Faced with a mountain, you discover who you are, you get out of your comfort zone, and even if some people get injured and have to do some stages in the support car, they stay with us. Because it’s so extreme, the challenge transforms people’s lives. They discover their strengths, their abilities and possibilities.”

He says determination keeps people in the saddle, resilience keeps their moral high and their spirit willing, generosity and humility keep the group together, which makes them all stronger, and that humour makes the whole thing fun, even when the going is incredibly tough.

Steep hills are only half the battle, the weather also throws up challenges from thick mud to scorching sun.

The youngest person to have done the challenge was 19 and the oldest was 65 but most people are in the 30-50 age bracket. “Younger than that, few people have the money or the time,” he says. “The challenge appeals to people in mid-life, who have more stamina, and who perhaps want to prove something to themselves.”

The euphoria of finishing the challenge really does seem to be addictive. Deeker says that 90% of people book again, for another challenge. It is proof perhaps that the thrill of getting to the top really does make it all worthwhile.

The Cent Cols Challenge costs about £3,300 per person, which includes accommodation, catering, support cars, mechanical backup, massage and physio on the rest day, plus access to the club of members who have completed the challenge. Flights, transfers, and insurance are extra.

cycling
nature
extreme
More from Your News
More from Connexion