Bowled over by French mayor’s generosity 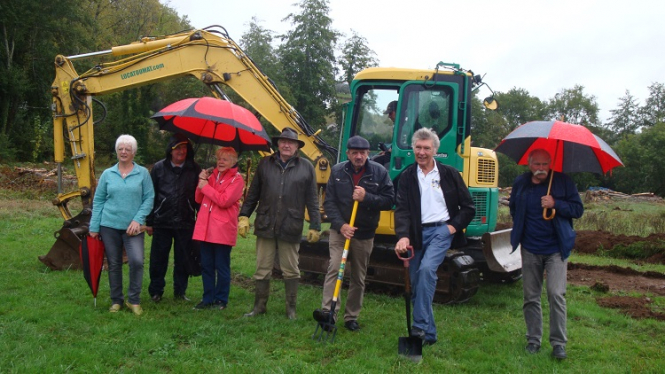 The Périgord Lawn Bowls Club was the first of its kind in France when it was created near Nontron, Dordogne, in 2006.

It had been playing at two English-style restaurants during the summer and inside at the salle des fêtes at Saint-Martial-de-Valette in winter.

Now, Alain Lagorce, the mayor of Saint-Martial-de-Valette has given the club land to build its own green and clubhouse.

Secretary Rosemarie Preston said: “Unfortunately, the restaurants were not ideal venues as the club had no autonomy and we needed to secure a more permanent future for the club.

“We asked the mayor if he knew anyone who might have some suitable land.

“We were amazed when he asked us to get into his car and took us to a plot next to the Nontron sports complex and said we could have it to develop our own outdoor bowling green.

The club has been granted permanent use of the land and all the legal planning documents have been put into place.

“The mayor joined us in a ceremony to turn the first spade of earth and work has begun. We are stunned at how generous the commune has been.”

The green will be a full six rinks and club members have been fundraising over the past 12 months, accumulating sufficient funds to hire a digger and buy the building materials. Volunteers did the manual work and the next project will be to build a clubhouse.

The club has 56 members, including six who are French.

Membership costs €20 a year and you can join by getting in touch with club president David Preston, on 0555 78 59 94, or go the salle des fêtes at Saint-Martial-de-Valette, where they meet every Wednesday from 14.00.