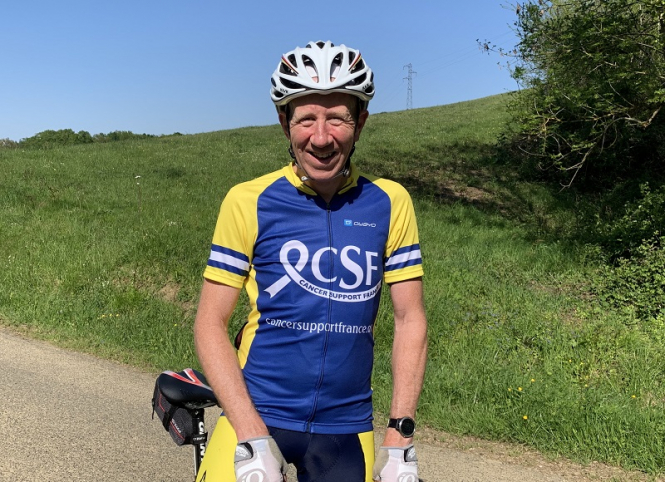 As well as David Jeapes, who is planning to walk 775km in aid of his disabled grand-daughter (see here), 52-year-old Chris Dowd, from Castelnau-Rivière-Basse, Hautes-Pyrénées, has set himself a triple challenge.

All proceeds will go to Cancer Support France (CSF).

In June, he is taking part in a four-day, 640km endurance cycling challenge called the Ardéchoise.

From August 30 to September 8, he plans to cycle 1,000km solo and unsupported from the Eiffel Tower in Paris to the top of the Col du Tourmalet in the Pyrenees in eight days.

“After 33 years behind a desk, I was able to retire early,” he said. “I took up cycling in 2016 to lose some weight, get a bit fitter and enjoy the countryside, but it quickly became an obsession and an addiction.

“I love to push myself, and my challenge for CSF does just that, while hopefully raising money for a fantastic cause.”

Mr Dowd says he discovered the charity shortly after he arrived in France three years ago: “I know a couple of people who have used the service and found it really helpful.

“I also found out that two other friends are listeners. I have heard a lot about CSF since I moved here and think it is a very good charity.”

He would be very grateful if anyone living on the route of his Paris to Pyrenees ride could give him accommodation, and would welcome support on the way, particularly on the final pull up the Col de Tourmalet.

You can get in touch with him at paristopyrenees@gmail.com and make donations at alvarum.com/chrisdowd.