Can you help donkey sanctuary survive? 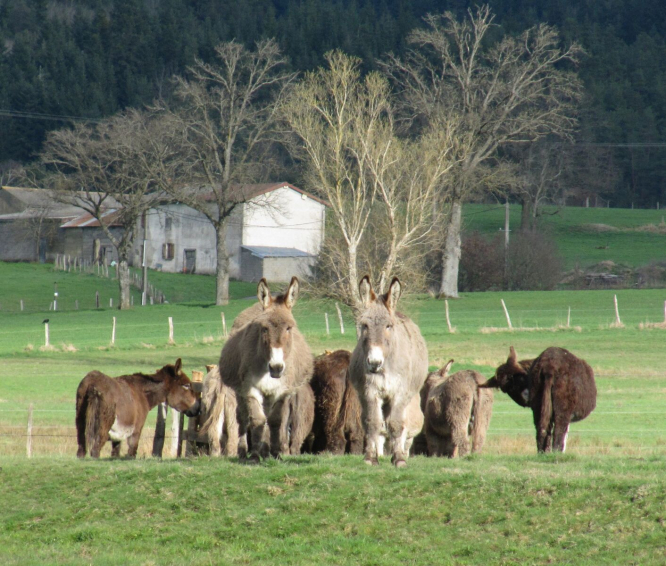 Donkeys at the ADADA sanctuary at Ambert, Puy de Dôme
By Jane Hanks

The largest association for donkeys in France is appealing for help after changes in government employment law means it may lose 10 employees who look after nearly 350 donkeys in its sanctuary at Ambert, Puy-de-Dôme.

The sanctuary, run by Association Nationale des Amis des Anes (ADADA), has employed young people with a “contrat aidé”, a contract for unemployed people subsidised by the state for up to 60% of the salary and was seen as a chance for them to get work experience.

Now, this system has been replaced by a Parcours Emploi Compétences where the employer has to be able to provide a training scheme, which bosses say is difficult for an animal sanctuary to set up. By the end of 2018, the association's president Marinette Panabière says she will have a severely reduced workforce and is worried about who will care for the donkeys.

“We have depended on this form of employment and suddenly it has been taken away from us. It was a good scheme. The young people enjoyed working here and most went on to get a job elsewhere and were then replaced by a new contrat aidé.

“We will be able to employ some people, but not as many as now and it will not be sufficient for all our donkeys. I get calls from the police or from members of the public from all over France asking for us to take in around ten donkeys every day, but I cannot accept any more at present. ”

Mrs Panabière would welcome any volunteers who could come and help, or donations to help pay staff: “There has never been as much need for a donkey sanctuary.
“Our association was founded in 1968 to give advice to anyone who wanted to raise donkeys. I am the third president and I realised there were many unhappy and maltreated donkeys across France.

“People buy them for pets without realising they will live up to 40 years and then they may become ill, or older and unable to care for them. Sometimes owners leave males and females together and so their stock keeps on growing.

“When I set up the sanctuary in 2003, I had no idea of the extent of the problem and that I would end up with so many. We would really welcome any volunteers who live nearby who can come and help. We used to have quite a few British members, but many of them have gone back to the UK.”

The sanctuary owns 70 hectares of meadowland, around Ambert. Donkeys which are ill or handicapped are kept in stables and given treatment. It costs €5,000 a month to care for the donkeys, which in addition to vet bills eat 350 tonnes of hay a year. It is possible to adopt a donkey from the association to keep at your own home at a cost of € 450. The association always keeps in contact with the new family to make sure the donkey is in good hands.

Victorien Aalders lives near Carcassonne, Aude, a five-hour drive from the sanctuary, but she helps out when she can.

She contacted Connexion, because she says it is vital that people are aware of the existence of ADADA and that they need help: “There is a great deal that people could do to help, even if they do not live nearby. People could adopt a donkey, help with publicity, go from time to time to help build fences, help raise money.

“The association has a farmhouse and hopes to create a welcome centre and is looking for a couple to live there and run it. They would not be paid but they could live there for free and there would be the possibility of creating a gîte to rent out. Mrs Panabière is an amazing woman, so kind both to the animals and to the people around her. Both she and the donkeys deserve support.”

16 hours ago
4
Covid-19: What is known about the Indian variants in France